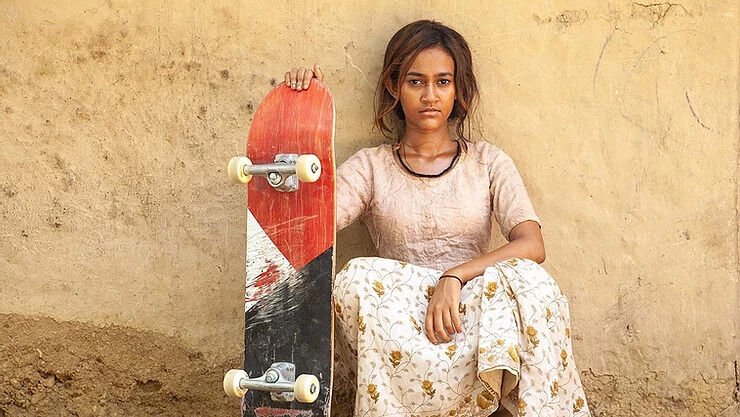 Indian American filmmaker Manjari Makijany is taking skateboards to rural India and you can witness it on Netflix.

Her debut feature, “Skater Girl,” which is coming to Netflix June 11, showcases how Prerna, a teenager growing up in rural India, comes of age when she’s introduced to the sport of skateboarding. As a result, she has to fight the odds to follow her dreams and compete in the national championship.

The film, starring debutante Rachel Saanchita Gupta as Prerna, highlights the challenges of constructing one of India’s largest skateparks to drive social change and showcases the struggles of empowering women in a remote village in Rajasthan.

The skatepark, called Desert Dolphin Skatepark, located in a remote cluster of rural villages in Khempur-Mavli district near Udaipur, was constructed for the film with the support of Indian and international skate volunteers. The skatepark remains free for public use with the aim of continuing the social impact such parks have on rural communities.

According to the official synopsis, it’s a story about “confidence, courage, and the profound impact of blazing your own trail.”

Salim and Sulaiman Merchant (Salim-Sulaiman) have composed the music for the film which also features veteran actress Waheeda Rehman.

With over 12 years of experience in the industry, Makijany’s journey as a director started with three critically acclaimed short films, “I See You,” “The Corner Table” and “The Last Marble.”

Makijany was one of eight directors selected for the prestigious American Film Institute’s Directing Workshop for Women. She was the second Indian American woman to be part of the program since its inception in 1974. Following that she was handpicked to participate in Hollywood studio programs like the Universal Pictures Directors Intensive and the Fox Filmmakers Lab, according to her website.

She’s a recipient of the Will and Jada Smith Family Foundation Grant for her AFI DWW short.