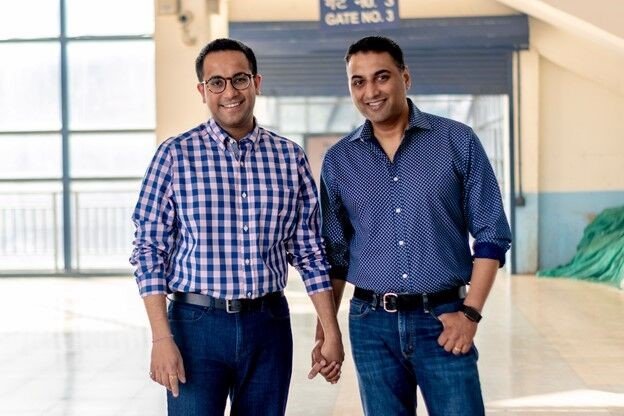 An Indian American couple has filed a precedent-setting petition with the Delhi High Court, urging the Indian government and its Ministry of External Affairs to recognize same-sex marriages.

The case was scheduled to be heard by the court on May 24 morning. But as petitioners Parag Mehta and Vaibhav Jain watched the proceedings virtually from the U.S., attorneys for the Government of India asked for an extension of time to prepare their case. The motion was granted, representing the third time the case has been postponed for a hearing by the Court.

“It was really upsetting to have it delayed again. This feels like a stalling tactic,” Jain — who served as the senior advisor for outreach and engagement at the AAPI Victory Fund — told India-West, noting that his parents, who live in New Delhi, and Mehta’s parents, who live in Texas, were also watching, to support their sons.

Section 377 of the Indian Penal Code, which prohibited homosexual activity, was overturned in 2018. But India has yet to recognize same-sex marriages, which are recognized in 29 countries, including the U.S.

Mehta and Jain are seeking legal recognition of their marriage under India’s Foreign Marriage Act of 1969. The Foreign Marriage Act allows Indian citizens who have married abroad to have their marriage certified by a consular officer so that the spouse can legally participate in health directives, inheritances, and similar matters. “I need to prove I am Parag’s legal husband so I can make decisions on his behalf,” said Jain.

The Act also allows a consular officer to “solemnize” — officiate — a marriage outside of India, if at least one of the spouses is an Indian citizen.

But the Act prohibits certifying “prohibited relationships,” though it does not define what types of relationships are prohibited. It furthermore states that the marriage cannot be in contravention of local laws.

In March 2020, at the onset of the Covid-19 pandemic, Jain and Mehta went to the Indian Consulate in New York to have their marriage certified. They brought along friends as witnesses in case their marriage needed to be “solemnized” by a consular official.

Jain told India-West that he wanted Mehta to be able to travel with him to India, in case of an emergency amid the pandemic. At the beginning of the public health crisis last year, India had imposed a ban on travelers from the U.S. Indian citizens were allowed to circumvent the ban, but Indian Americans were not. However, Indian Americans married to Indian citizens could travel with their spouses.

Jain’s fears were realized later that year when both of his parents came down with varying degrees of Covid. His father suffered a serious bout, but has since regained his health.

At the Consulate, the couple waited for hours, explaining afresh their case to various consular officials, before meeting with a senior official, who told them their marriage could not be certified. Mehta asked the official if the denial was based on the fact that they were a same sex couple – the official said yes, according to Mehta.

A spokesperson for the New York Indian Consulate told India-West May 24 on background: “We are following the law of India, which does not recognize same-sex marriage.” He referred this publication to Ministry of External Affairs spokesperson Arindam Bagchi.

At press time May 24 evening, Bagchi had not responded to an email requesting comment on policies regarding the certification of marriage.

The couple filed their petition with the Delhi High Court after the Indian Consulate in New York declined to certify their marriage.

Mehta, who was the former chief of staff and senior advisor to U.S. Surgeon General Vivek Murthy in the Obama Administration, met Jain in Washington, DC in 2012. Five years later, they were married in a legal ceremony officiated by DC Circuit Court of Appeals Judge Sri Srinivasan.

On March 30, 2019, the couple married in a traditional Jain ceremony (see earlier story: https://bit.ly/3oMCNlM) amid lots of family and friends.

Later that year, Jain’s parents hosted a reception in New Delhi, also attended by former Indian Ambassador to the U.S. Arun Kumar Singh. “It was so powerful for me to see all the love and support,” Jain said, adding that his parents have now served as surrogate parents to several LGBTQ youngsters afraid to come out to their own parents.

“I am optimistic that marriage equality will come to India. There are 70 million people like us in India,” said Mehta. “Marriage and family are very much a part of Indian culture. Why would you deny that to anyone?”

“India has to step in place with the rest of the world and its own citizens. The courts will decide this,” he said.