HomeGlobalWHO Renames Coronavirus B.1.617.2 Strain as ‘Delta Variant’, to Use Greek Alphabet Instead of Country Names

WHO Renames Coronavirus B.1.617.2 Strain as ‘Delta Variant’, to Use Greek Alphabet Instead of Country Names 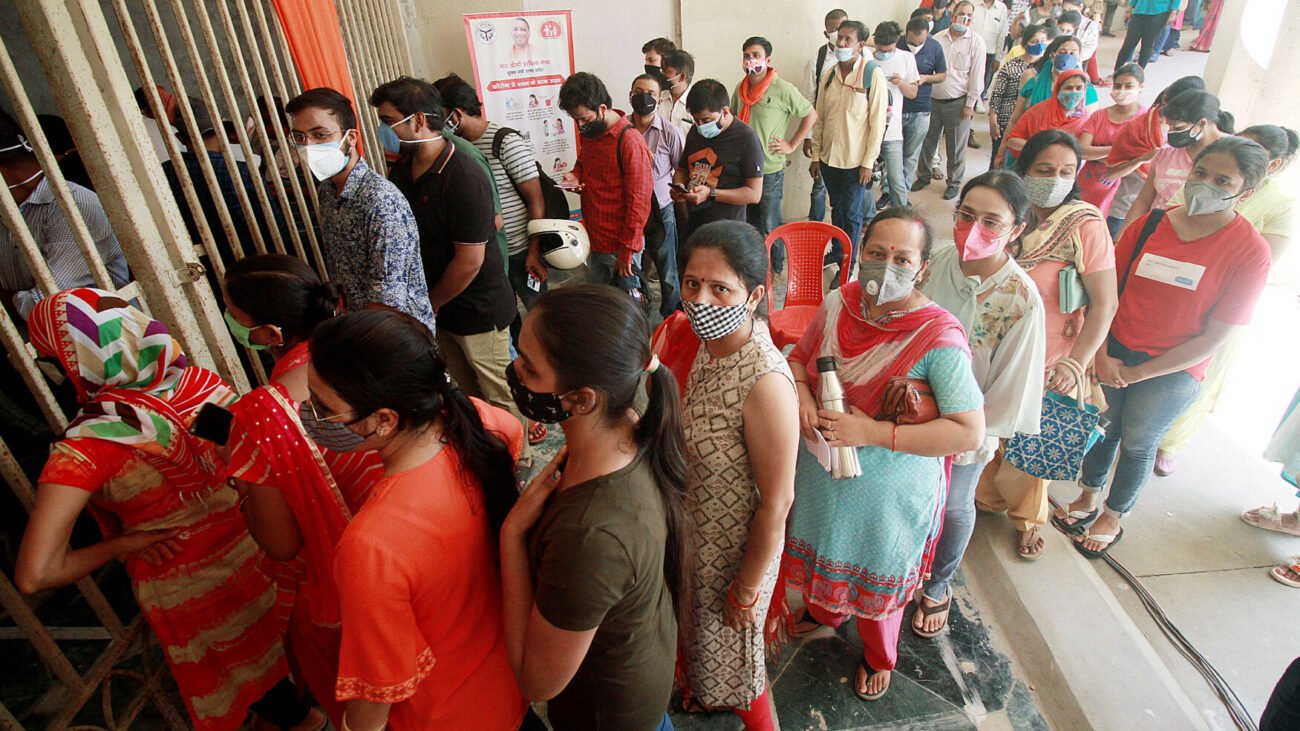 WHO Renames Coronavirus B.1.617.2 Strain as ‘Delta Variant’, to Use Greek Alphabet Instead of Country Names

People stand in a queue as they arrive to get a COVID-19 vaccination at a vaccination center in Lucknow, India, June 2. India-West reported earlier that some Indian American community activists were concerned over the possible negative impact from the use of the term to identify the B.1.617 double mutant variant first identified in India as the “India virus.” Country’s names will no longer be used in the wake of the WHO’s latest ruling. (ANI photo)

The Geneva, Switzerland-based World Health Organization May 31 renamed the B.1.617.2 variant of the coronavirus, first identified in India, as the ‘Delta variant’, reports ANI.

In a statement, the WHO said that it convened an expert group that recommended using easy-to-pronounce and non-stigmatizing labels for Variants of Interest (VOIs) and Variants of Concern (VOC). The group recommended using letters of the Greek alphabet – Alpha, Beta, Gamma – which will be easier and more practical to be discussed by non-scientific audiences.

As reported earlier by India-West, India’s Ministry of Electronics and Information Technology had asked all social media platforms to immediately remove all content that refers to or implies an “Indian variant” of coronavirus.

In an advisory to social media platforms, MEIT said this is in line with earlier advisories to curb fake news, misinformation concerning coronavirus on platforms.

The Ministry said it has come to its notice that a false statement is being circulated online which implies that an “Indian variant” of coronavirus is spreading across the countries.

Apart from the B.1.617.2 variant, the B.1.1.7 strain first identified in the United Kingdom has been identified as the ‘Alpha variant’. The VOCs that were identified in South Africa and Brazil have been named ‘Beta’ and ‘Gamma’, respectively.

As for VOIs identified in the United States, Brazil, the Philippines and other countries, the WHO has used nomenclature like ‘Epsilon’, ‘Zeta’, ‘Iota’, ‘Theta’ and more. The B.1.617.1 strain, also first identified in India, has been named as the ‘Kappa variant’.

The B.1.617.2 variant of COVID-19 is believed to have led to a devastating second wave of the pandemic in India, crippling healthcare infrastructure in the country and resulting in thousands of deaths every day.

On May 15, England’s Chief Medical Officer Chris Whitty said that the B.1.617.2 variant of COVID-19, first identified in India, is likely to take over and dominate in the UK.

The WHO earlier this month informed that the B.1.617 variant of COVID-19, first found in India in October last year, had been detected in sequences uploaded “from more than 40 countries in all six WHO regions.”

The coronavirus variant, first identified in India last year, has been classified as a “variant of global concern,” with some preliminary studies showing that it spreads more easily, a senior WHO official informed. It is the fourth variant to be designated as being of “global concern.”

The WHO also revealed that the variant has three sub-lineages. “Our team has been discussing with our virus evolution group. Everything we know about it in terms of transferability, studies that are being done, in India as well as in other countries where this virus is circulating. It is important to note that B.1.617 has three sub-lineages – .1, .2, .3,” Dr. Maria Van Kerkhove, technical lead for COVID-19 at WHO.

In an earlier India-West report, some community activists feared that Indian Americans could increasingly be targets for hate crimes as U.S. media and social media identify the B.1.617 double mutant variant first identified in India as the “India virus.”