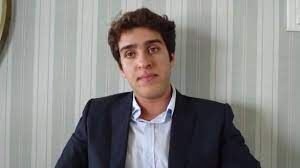 NEW DELHI — The Supreme Court June 4 observed what can be said if a man and woman are in a room, and the man makes a request and the woman complies with it, as it refused to cancel the anticipatory bail granted to a Mumbai-based TV anchor, accused in a rape case.

During the hearing of the case registered in Delhi in February, a bench comprising Justices Navin Sinha and Ajay Rastogi askked the victim’s counsel: “Our question is, purely for purpose of bail only, a question of normal human conduct and understanding.

“If a man and woman are in a room, and man makes a request and woman complies with it, do we need to say anything more at this stage?”

The rape victim had moved the top court against the anticipatory bail granted by Delhi High Court to Mumbai-based TV journalist Varun Hiremath. The counsel submitted the court virtually granted the benefit of doubt based on selective reading of the Section 164 (of the CrPC) statement of the victim. The counsel added that the accused evaded arrest for 50 days.

The victim’s counsel also contended that IPC states that to each act, there has to be clear consent. “Let us assume a situation, where a woman disrobes herself and there is a particular activity the man wants to do, and the woman says no to the penetrative act. But the man does it, then it becomes an offence,” counsel argued.

The bench replied that is a larger question, which can be decided later and clearly told the counsel that the matter under consideration is for cancellation of bail only.

The counsel contended that the penetrative act was without the consent of the victim, and added, even after disrobing, before the penetration, the victim had pushed him away and said “no” many times and also vomited over him, but he insisted.

The counsel added, if there is a particular act, the man wants to indulge in, and there is no consent, then it’s an offence, and insisted that there was no continued consent.

After hearing arguments, the bench said there is no ground made out to interfere with the Delhi High Court order. “We find no reason to interfere in the matter. The Special Leave Petition is dismissed. Pending application (s) shall also stand disposed of,” said the top court in its order.

The High Court order was passed on May 13, granting interim protection to Hiremath on the condition that he shall join the investigation whenever required. The petitioner argued the High Court erroneously granted anticipatory bail in such heinous offences as rape and assault.