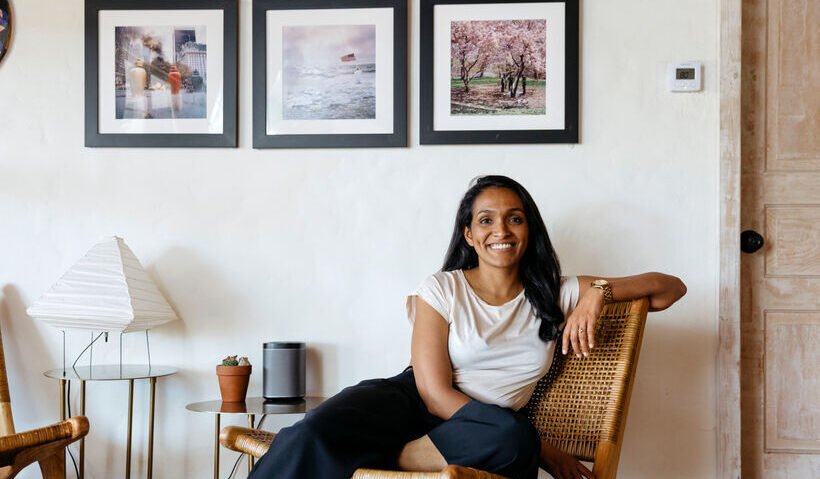 An Indian American city councilwoman in Los Angeles is facing potentially being recalled from her post that she took over just six months ago.

The LA Times reports that voters in Southern California have launched a bid to remove Nithya Raman from her office, with a campaign committee formed last month, CD4 for CD4, posting a recall notice outside Raman’s Silver Lake home on June 9.

On its website and elsewhere, the committee says Raman’s office is inexperienced, unresponsive and too politically radical for her constituents to endure a full four-year term, the report noted.

Raman, 39, did not respond to each of the recall group’s claims. But in a statement, the councilwoman said that she is focused on her “broad progressive agenda” — helping renters, small businesses and people experiencing homelessness, among others – according to the Times.

“I love the people and the neighborhoods of this district. That’s why I ran to represent it,” she said, according to the report. “I invite the organizers of this recall to work with me on making it an even better place to live, work, and raise our children.”

Assuming that its paperwork is in order, CD4 for CD4 would need to collect more than 27,000 valid signatures between July and early November to get a recall on the ballot in Raman’s 4th Council District, which stretches from Hancock Park north to Sherman Oaks and east to Silver Lake, it said.

Born in India, Raman grew up in the Boston, Mass., area attending public school while her father worked in technology and her mother worked for the state, India-West reported previously.

She returned to India as an adult for what turned out to be an unexpected stay of several years learning about poverty, homelessness and how basic services like toilets and running water can make a difference. It drew her to get a degree in urban planning from MIT, the India-West report said.

Raman met her husband, Vali Chandrasekaran, in college, an editor of the “Harvard Lampoon,” who was to eventually become a sought-after comedy writer. She followed him to Los Angeles in 2013 where he was to attach his name to shows like “My Name is Earl,” “Modern Family” and “30 Rock,” and she, while working for the city, wrote a report showing how millions of dollars were being spent to address homelessness but with little effect. Raman has said she finds the whole system painful and cruel, the report added.

Raman won her seat last year with support from political groups including the L.A. chapter of the Democratic Socialists of America. Recall backers have highlighted Raman’s working relationship with that organization, which favors the abolition of police departments and prisons, saying it is one sign that the councilwoman has a “far left radical agenda,” the report added.

Allison Cohen, the committee’s lead recall proponent, criticized Raman over her office’s approach to homelessness and for supporting a plan to cut Los Angeles Police Department staffing by 250 officers. She also questioned Raman’s decision to go to Echo Park Lake in March, when scores of activists protested plans for removing a homeless encampment with nearly 200 tents.

Raman, for her part, said her office has provided outreach to dozens of homeless encampments that had “long been neglected” and worked to restore park funding.

Under the city’s rules, Raman has 21 days to respond to the recall notice, if she chooses.