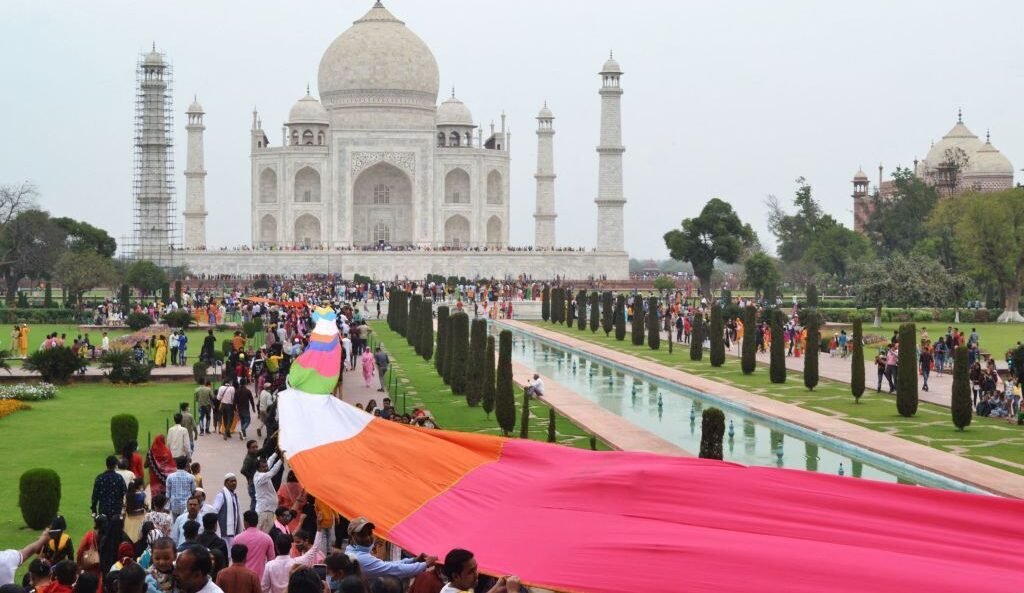 Visitors walk and hold a large fabric at the Taj Mahal during the annual ‘Urs’ or death anniversary of fifth Mughal emperor Shah Jahan, who built the Taj Mahal, in Agra on March 12. (Pawan Sharma/AFP via Getty Images)

NEW DELHI — India has reopened the Taj Mahal, its famous white marble monument to love, and several other venues as coronavirus infections continue to decline in the country.

About 650 tourists with online reservations will be able to visit the temple every day starting June 16, said District Magistrate Prabhu Narain Singh. Temperature controls will be carried out at the gates of the enclosure; the use of a mask will be mandatory and social distance must be respected.

The monument closed in April due to the spike in infections in India.

The Ministry of Health reported 62,224 new cases of COVID-19 in the last 24 hours June 16, a figure considerably lower than the more than 400,000 infections that were registered daily in April.

The authorities also confirmed 2,542 more deaths in the last day for a total of 379,573 since the start of the pandemic. Both official data are believed to be well below the actual.

The city of Agra, where the Taj Mahal is located, saw 10 new infections on June 15 from its record of 500 a day in April.

In New Delhi, authorities authorized the reopening of shops, malls and restaurants this week. Restrictions have also been eased in Mumbai, Bengaluru, Chennai and other cities where the number of new cases has been reduced.

The authorities continue to advise the population to wear a mask and keep their distance.