The Milkha Singh I Knew 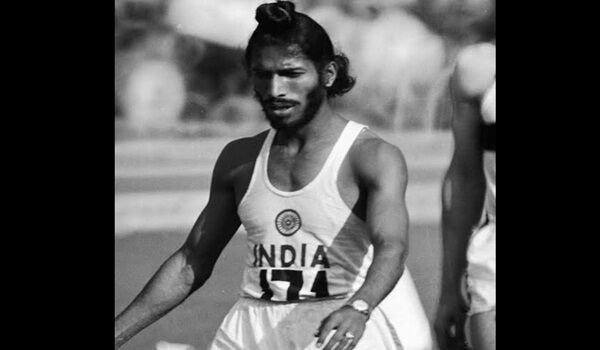 The Milkha Singh I Knew

NEW DELHI — Long before Sunny Deol’s blockbuster Gadar was released, the gory scenes of Partition riots had played before my eyes — especially the massacre that happened on trains arriving from Pakistan — through the words of Milkha Singh, India’s greatest-ever athlete who passed away June 18 night.

A teenager running to save his life after his family was butchered, dead bodies piled on carts and in train compartments, I shuddered with horror as the great man relived the traumatic events all over at his Sector 8 Chandigarh home more than 50 years after India’s independence.

Even though we always sat down to discuss sports — a ritual before every Olympic, Commonwealth or the Asian Games — the disturbing tales of Partition always somehow seeped in. Perhaps, the setting was such — the walls of his house full of framed black and white photos, from those with the first Prime Minister of India, Jawaharlal Nehru to Olympics — that you could simply not escape delving into the past. “Bachhe (as he used to call young journalists), pehle batao, kya loge. Chai, coffee, juice…” (what will you have first) was always his first question. It could even be a beer mug if the meeting point was Chandigarh Golf Club, one of his favourite haunts in the City Beautiful.

On a few occasions, when the national daily I was working for required old documents and photographs, the legendary Olympian and his extremely gracious wife Nirmal Kaur Milkha Singh, herself a former captain of national volleyball team, allowed me inside their room, and laid in front of me loads of files taken out from the almirah. I was like a kid in a candy store as they narrated stories, many of which had never been published anywhere before. With champion golfer son, Jeev Milkha Singh, setting European greens on fire during those times, it was usually Rebecca and Bruno — the two canine species part of the Milkha family — who gave us the company.

Of course, it was impossible not to talk of Pakistan when sitting with Milkha Singh. It was his birthplace and where he was dubbed as the ‘Flying Sikh’ — the name associated with him since we can remember. Wounds still very much fresh, Singh had visited Pakistan to participate in the Lahore International Athletic meet just after his epic performance in the 1960 Olympic Games in Rome. Leading from gun to tape, Milkha Singh beat Pakistan’s star sprinter Abdul Khaliq after which General Muhammad Ayub Khan, the second President of Pakistan, gave him the famous moniker of ‘Flying Sikh.’

That was in the 1960s. Throughout his life, Milkha Singh anxiously waited to see an Indian athlete on the Olympic podium. The old lion of Indian athletics used to roar in anger seeing the training, preparation and performance of India’s sportspersons. Whether it was about athletes using drugs, the frequent controversies over Arjuna awards or Indian athletes’ poor showing at the world stage, he was never afraid to call spade a spade.

“I vomited blood, passed it through my urine at the Pune stadium bathrooms, so punishing was my training for the 400m event at the 1960 Rome Olympics. Nowadays, you find syringes in the bathrooms of Indian athletes on competition days; they substitute drugs for blood, sweat and toil,” he told me after the 2000 Sydney Olympics, always urging India to follow the China model by handing over the training of athletes to the army.

On another occasion, he had come down hard on the government for awarding him an Arjuna award in 2001, turning down the offer instantaneously.

“I got a Padmashree in 1958, the prestigious Helms Trophy in 1959 and was crowned as the best athlete in the world by the Duke of Edinburgh. I set unbreakable records, won 77 out of the 80 international races I participated in but the government thinks me fit for an Arjuna award instead of a Padma Vibhushana or a Bharat Ratna. Is this a mazaak (joke) or what?” the anguished septuagenarian had told me then.

His fight to get sportspersons nominated to Rajya Sabha, even as many from his own fraternity accused him of campaigning for a Parliament seat, also allowed me to know the formidable personality more closely.

“When naachnewale (dancers), gaanewale (singers), politicians and retired bureaucrats can get nominated to Rajya Sabha, then why not sportspersons? People think I am hungry for power. I enjoyed cordial relations with Nehru, Indira and Rajiv, I could have become a MP long ago. If Pele and Sebastian Coe can be nominated to their parliaments, then why not Kapil Dev, Sunil Gavaskar, Ajit Pal Singh or Bishan Singh Bedi, I wonder,” he had lamented.

All this was before 2013, when Bhaag Milkha Bhaag, the Farhan Akhtar-starrer film chronicling his life and struggles, was released. The Bollywood movie not only inspired the present generation but also changed the life of Milkha Singh, in his 80s at the time of the release, overnight. Suddenly, the phone at Milkha residence didn’t stop ringing for weeks and months that followed. Milkha Singh was offered sponsorship deals and invited as a chief guest for functions in all corners of the country.

Still fit as a fiddle, he accepted many invites. “Beta ji (son), I have hardly any time for it now. I have even kept a manager to deal with all this,” he told me a few months after the Bhaag Milkha Bhaag release when I had asked him about his usual rounds of golf at the local golf club.

An advice he also gave to people he knew well was to eat less. The root cause of all diseases is a stomach infection so one should always eat in moderation, Flying Sikh always believed. All of this – including his athletic background, his fitness regime, his good eating habits and a round of golf – made us believe that Milkha Singh, and also his wife, would easily fly to the century mark in their lives. Personally, the celebrity couple had honored me with their presence on my marriage and the last time I spoke over phone to Milkha Singh on his birthday, I had promised him that, whenever next time in Chandigarh, I would definitely visit him with my sons. Sadly, it won’t happen ever.

What can surely happen in the coming years though is an Indian track and field athlete fulfilling the unrealized dream of Flying Sikh Milkha Singh by standing on an Olympic podium.

(This content is being carried under an arrangement with indianarrative.com)