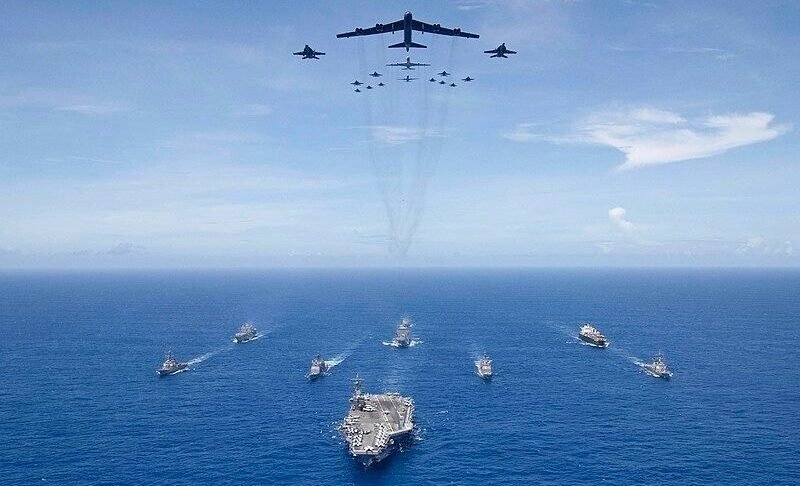 The US Navy and the Indian Air Force will carry out joint drills in the Indian Ocean Region for two days starting June 23. (IANS photo)

NEW DELHI — The U.S. Navy and the Indian Air Force will carry out joint drills in the Indian Ocean Region for two days starting June 23.

As a strategic outreach exercise with the defense forces of friendly foreign countries in the Indian Ocean Region, the Indian Air Force will participate in operational engagements with the US Navy in an exercise to be carried out with the Ronald Reagan Carrier Strike Group on June 23 and 24.

The Reagan Carrier Strike Group is currently deployed in the Indian Ocean Region.

“The US Carrier Strike Group is expected to field F-18 fighters and E-2C Hawkeye AEW&C aircraft,” the IAF said.

The exercise will be carried out south of Thiruvananthapuram, on the western seaboard, over two days.

The IAF has extensive experience in maritime operations in the Indian Ocean Region. This has been consolidated over the years by the conduct of exercises from the country’s island territories, including participation in international exercises.

The multi-spectral capability of the IAF in IOR also includes humanitarian assistance and disaster relief missions and logistics support undertaken in support of the friendly nations in the region.

This engagement with the US CSG offers one more opportunity to undertake joint operations in the maritime domain with a friendly foreign power.

The exercise with the US CSG will focus on multiple areas, including enhancing aspects of interoperability, nuances of international integrated maritime search and rescue operations and exchange of best practices in the maritime airpower domain.