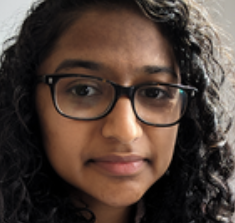 Anjali Nambrath was among two Indian Americans at MIT who were named Fulbright Fellows. (mit.edu photo)

Their host country destinations include Brazil, Iceland, India, the Netherlands, New Zealand, Norway, South Korea, Spain and Taiwan, where they will conduct research, earn a graduate degree, or teach English, it said.

Nambrath is a senior double majoring in physics and mathematics. She has worked on projects related to nuclear structure, neutrino physics, and dark matter detection at MIT and at two national labs, her bio notes.

At MIT, she was president of the Society for Physics Students, a member of the MIT Shakespeare Ensemble, an organizer of HackMIT, and a teacher for the MIT Educational Studies Program.

For her Fulbright grant to India, Nambrath will be based at the Tata Institute for Fundamental Research in Mumbai, where she will work on models of neutrino production and interaction in supernovae.

After the fellowship, Nambrath will begin graduate school in physics at U.C. Berkeley, the bio said.

Kamineni will graduate this spring with a major in computer science and engineering and a minor in biology. At the University of Oslo in Norway, Kamineni will implement statistical models to understand and predict the impact of vaccinations and other interventions on the spread of COVID-19, her bio said.

At MIT, she pursued interests in computational research for health care through work on the bacterial infection C. difficile in the laboratory of Prof. John Guttag.

Outside of research, she has been involved with STEM educational outreach for middle school students through dynaMIT and MIT CodeIt, and hopes to continue outreach in Norway.

After the Fulbright fellowship, Kamineni plans to attend medical school, her bio adds.

Sponsored by the U.S. Department of State, the Fulbright U.S. Student Program offers opportunities for American student scholars in over 160 countries.

Last fall, Fulbright received a record number of applications, making this the most competitive cycle in the 75-year history of the program, MIT noted.