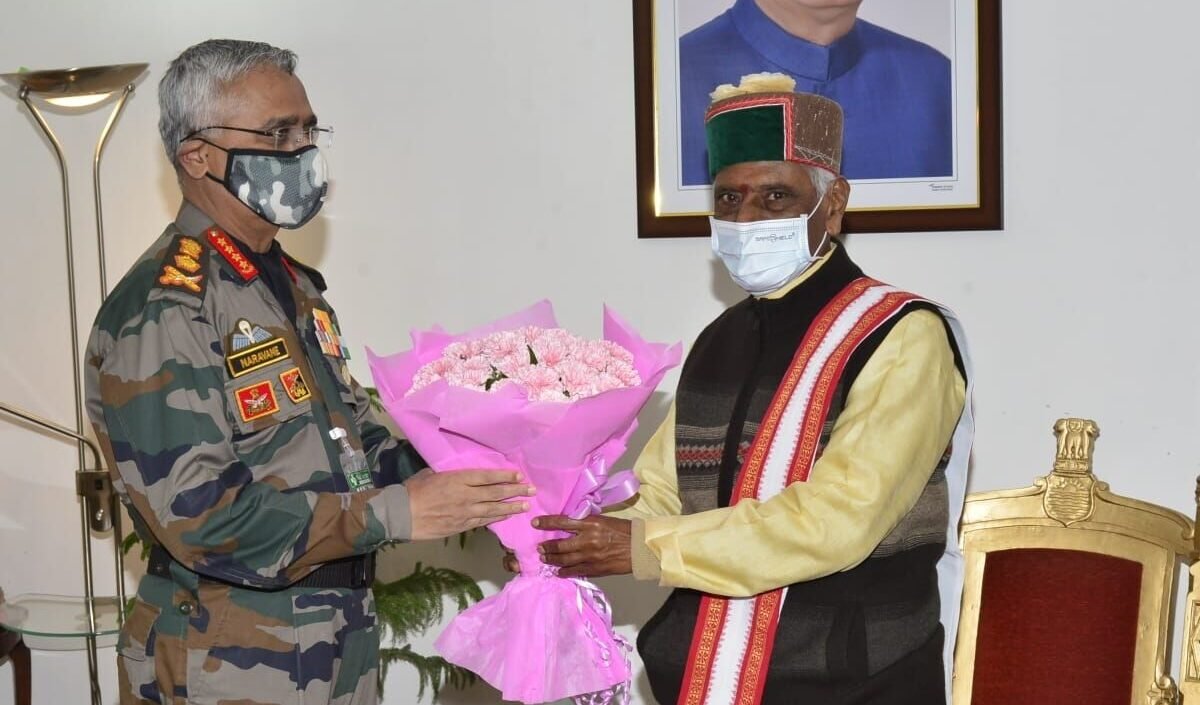 General Naravane said that he had served at the Shimla-based Army Training Command (ARTRAC) and considered Himachal as his old home, adding that he always feels delighted to visit the place.

He further said that the Indian Army is capable of giving a befitting reply to every nefarious attempt of the enemy. As far as the borders with China are concerned, talks are going on and there is nothing to worry about, the army chief asserted.

The army is on full alert and adequate men and machinery have been deployed on the Indian side, he said.

Naravane also said that a plan has been prepared by the army for the construction of roads in the border areas during the next 5-10 years, which would help develop the areas besides checking the migration of the youth.

Naravane further said that there is a lot of enthusiasm among the youth for the army and a large number of them are willing to join the force. Efforts are on to give representation to every district of the country in the army, he said.

“The youth from the villages adjoining the borders have been migrating to cities for better employment opportunities, which is a matter of concern. We need to explore the possibilities of self-employment and employment at the local level,” Dattatreya said.

The Governor apprised the Army chief that youth from almost every household in the lower belt of Himachal Pradesh are serving in the Indian Army, and the number of ex-servicemen is also quite high in the state.

He also raised the issue of Walker Hospital in Shimla with the Chief of Army Staff, to which Naravane assured that efforts would be made to start the hospital at the earliest.

Naravane also said that the army is following a strict protocol, as a result of which coronavirus cases among the army personnel posted in the border areas are negligible.

Extensive testing is being done and soldiers returning from leave are being tested twice, besides being made to go under complete quarantine for 14 days, the army chief said.

Naravane also expressed concern over cases of narco-terrorism in the border areas, though he said that the local administrations are doing better in this direction.

He said women officers are already working in the army, but now recruitment has also been started up to the core of military police and the response is encouraging.

Earlier, the Chief of the Army Staff had visited the Army Training Command (ARTRAC) here, where he was briefed on a range of issues, including strategic military futures, doctrinal corrections, operational challenges and preparedness, technological infusion and training pedagogy.