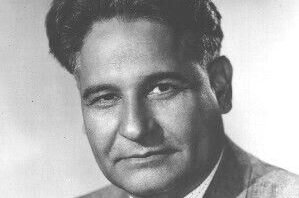 The story and contributions of Indian American Congressman Dalip Singh Saund and Sikh American writer and lecturer Bhagat Singh Thind featured in a 2020 documentary series by PBS and WETA, “Asian Americans.” The five-part series has now been honored with a Peabody Award in the documentary category.

The film follows the stories of trailblazers like them, both prominent and forgotten, who had an impact on representation and what it means to be Asian American today.

“We are overjoyed to be recognized for the production of ‘Asian America’ with a Peabody Award,” said Jeff Bieber, executive producer for WETA. “It is an honor to amplify and encourage a positive message of equality and demonstrate support for the Asian American communities. It is our mission to continue to provide our audience with programs that celebrate and educate viewers of Asian Americans’ influence and vast contributions to American history.”

Told through intimate personal stories, the CAAM co-produced expansive series chronicles over 250 years of Asian American experiences, which are deeply intertwined with United States history at large. The five-hour documentary includes the role of Asian Americans who did the most dangerous work of tunneling through the Sierras to build the Transcontinental Railroad, petitioned the Supreme Court to grant birthright citizenship, and challenged racial school segregation. And this history continued through the 20th century and into the 21st century.

“History and solidarity were always central concepts of the Asian Americans. We wanted to tell our own story within the context of race and justice in the U.S. Not the story of the Model Minority or the Perpetual Foreigner,” said series producer Renee Tajima-Peña.

“Asian Americans” is a production of WETA Washington, D.C. and the Center for Asian American Media for PBS, in association with ITVS, Flash Cuts and Tajima-Peña Productions. The series executive producers are Jeff Bieber for WETA; Stephen Gong and Donald Young for CAAM; Sally Jo Fifer for ITVS; and Jean Tsien. The episode producers are S. Leo Chiang, Indian American Geeta Gandbhir and Grace Lee.

“Being selected for a Peabody Award is a tremendous honor for CAAM and an acknowledgement of our four decades of work to bring Asian American stories to the broadest possible audience,” said CAAM director of programs Donald Young. “Respected for its integrity and revered for its standards of excellence, the Peabody Awards elevate stories that defend the public interest, encourage empathy with others, and teach us to expand our understanding of the world around us—all goals that we here at CAAM value.”

“We are so proud to support ‘Asian Americans’ in a time of escalating xenophobia and urgent need to shift the narrative,” added Sally Jo Fifer, ITVS president and CEO.

All five episodes are available to stream for free through June 30 on the PBS website.