HomeIndiaIndia and the worldJammu and Kashmir: 3 Terrorists Gunned Down in Kulgam Encounter

Jammu and Kashmir: 3 Terrorists Gunned Down in Kulgam Encounter 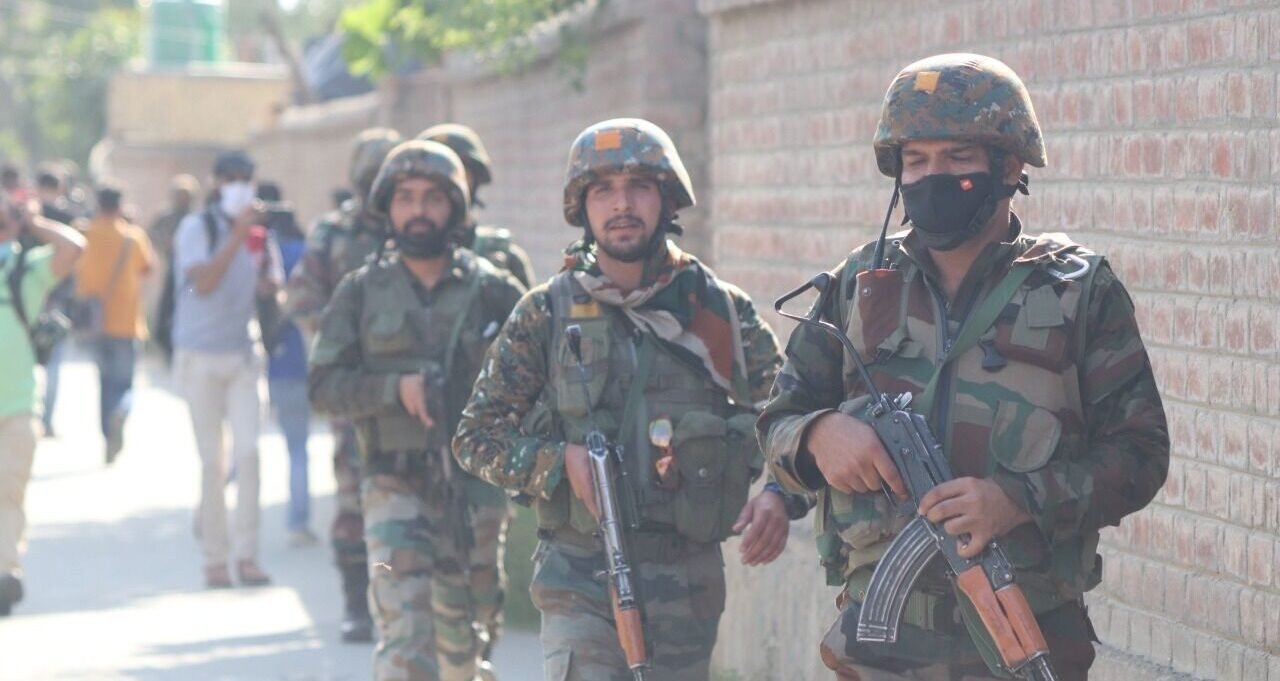 Jammu and Kashmir: 3 Terrorists Gunned Down in Kulgam Encounter

An encounter broke out between terrorists and security forces in Parimpora area of Jammu and Kashmir June 28. (IANS photo)

SRINAGAR – One more terrorist was killed in an ongoing encounter between militants and security forces in the Chimmer area in south Kashmir’s Kulgam district June 30, taking the toll of terrorists killed to three, officials said.

“One more unidentified terrorist has been killed in the Kulgam encounter. Search is going on,” police said.

The firefight between the terrorists and the security forces started after a joint team of the police and the army cordoned off the area and launched a search operation on the basis of specific information about the presence of terrorists there.

As the security forces zeroed in on the spot where the terrorists were hiding, they came under a heavy volume of fire that triggered the encounter.

A search operation is currently underway in the area.