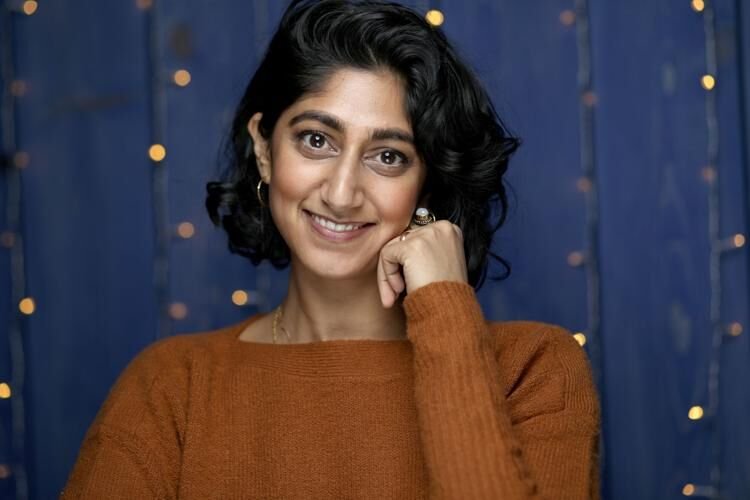 Indian American actress Sunita Mani of “Save Yourselves” attends the IMDb Studio at Acura Festival Village on location at the 2020 Sundance Film Festival Jan. 25, 2020, in Park City, Utah. (Rich Polk/Getty Images for IMDb)

Sunita Mani is the newest addition to the cast of Apple Original Films’ “Spirited,” starring Will Ferrell, Ryan Reynolds and Octavia Spencer.

Deadline, which was the first to report about this casting, said that the Indian American actress will play Past, known as The Ghost of Christmas Past, in the musical rendition of Charles Dickens’ classic holiday story, “A Christmas Carol,” that will feature all original music.

The film, it said, will be directed by Sean Anders, who also serves as writer alongside writing partner John Morris.

Most recently, Mani, of “Glow” fame, featured in “Save Yourselves!” that had its world premiere at the 2020 Sundance Film Festival. It has been released in select theaters courtesy of Bleecker Street.

She also starred in the Blumhouse feature, “Evil Eye,” a reincarnation triller. As reported earlier by India-West, the film, directed by Indian Americans Elan Dassani and Rajeev Dassani, is based on the award-winning, best-selling Audible Original production written by Madhuri Shekar and produced by Nina Anand Aujla.