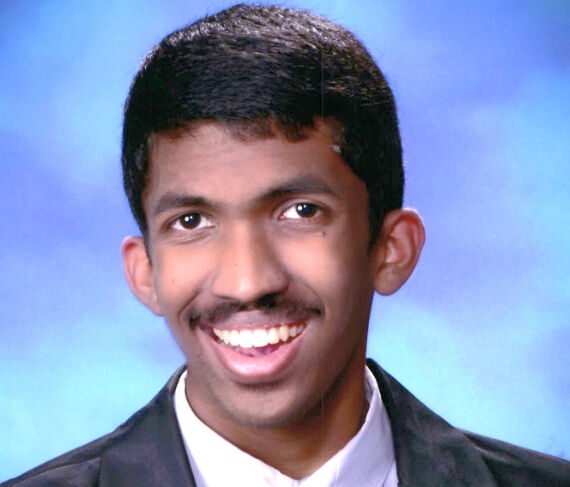 The Milken Scholars, a joint initiative of the Milken Institute and the Milken Family Foundation, this week announced its 2021 group of scholars, which included one Indian American and two Bangladeshi American students.

Among the scholarship recipients were Nathan Varghese from the Los Angeles area, and Jahin Rahman and Ashfah Alam from the New York area.

When the city of Cerritos, California, needed to install an emergency bin and search-and-rescue center at a local elementary school, Varghese took on the challenge as his Boy Scout Eagle Project, the Milken press release notes.

He quickly discovered that making the emergency bin strong enough to withstand a major earthquake presented significant obstacles. Undeterred, Varghese tested and revised his design for earthquake-safe emergency bins for over six months, gaining approval from local and district boards and securing funding from a local restaurant, according to the release.

After the design was finalized, Varghese organized and led 70 volunteers over an 11-hour day to assemble the emergency bin and search-and-rescue center. A future engineer, the Indian American was one of 20 students and the only Californian selected for Rensselaer Polytechnic’s PREFACE Engineering Program, where he worked with professors and a small team to design and develop a proposal for a novel geothermal heating and irrigation system at Troy High School in upstate New York, the release added.

Varghese graduated as valedictorian from Gretchen Whitney High School in Cerritos. He is a National Merit Commended Scholar, an AP Scholar with Honors, a quarterfinalist for the Elks Most Valuable Student Scholarship, and a member of the WHS Science Bowl Team.

He will study chemical engineering and energy as a Tier One Scholar at the University of Houston and hopes to play a key role in commercializing nuclear fusion.

Rahman is changing the lives of children and women in their native Bangladesh. Efforts in Youth Development of Bangladesh, which Rahman founded several years ago, provides education to nearly 5,000 Bangladeshi street children, with 300 volunteers from eight countries and a dozen corporate partnerships, the press release notes.

EYDB is creating libraries and literacy programs, as well as a day care center, computer lab, drug rehabilitation center, and stipend-based educational program for child servants. During the pandemic, EYDB has provided educational materials for street children forced to leave school because of COVID-19.

The salutatorian at New York’s Academy of American Studies, Rahman is an AP Scholar with Distinction and Coca-Cola Scholar, among other honors.

Rahman also founded Global Awareness for Primary Education, which funds literacy projects in the developing world and now exists at more than 50 schools across the U.S., and represented youth and minority issues during New York City’s participatory budgeting process.

When Alam entered high school at The Chapin School, she had access to a wealth of co-curricular activities that offered opportunities to explore her passions and build self-confidence, which she realized were largely out of reach for low-income communities.

To change that, she co-founded The REACH Project, offering creative writing workshops for elementary schoolers that helped middle schoolers find their voices and document their lives, writing about everything from video games to mental health, the bio said.

During the pandemic, Alam and her volunteers offered online writing and STEM workshops and created new curriculum development and marketing teams to build a foundation for the future.

The REACH Project received a Community Service Award from the Mujumder Foundation for its contributions to local youth, it said.

A TEAK Fellow since sixth grade, Alam participated in research and enrichment opportunities and earned a Student Empathy Award. She wrote about social justice for Chapin’s student newspaper and served as co-president for Asian Affinity, leading workshops celebrating Asian cultures and collaborating with Chapin’s equity council on dialogues about race, it said.

Alam will study political science and international relations at Columbia University and plans a career as a human rights lawyer, it said.

Open to college-bound high school seniors in Washington, D.C., New York City and Los Angeles County, Milken Scholars are selected based on academic performance, community service, leadership and their ability to persevere in the face of personal challenges.