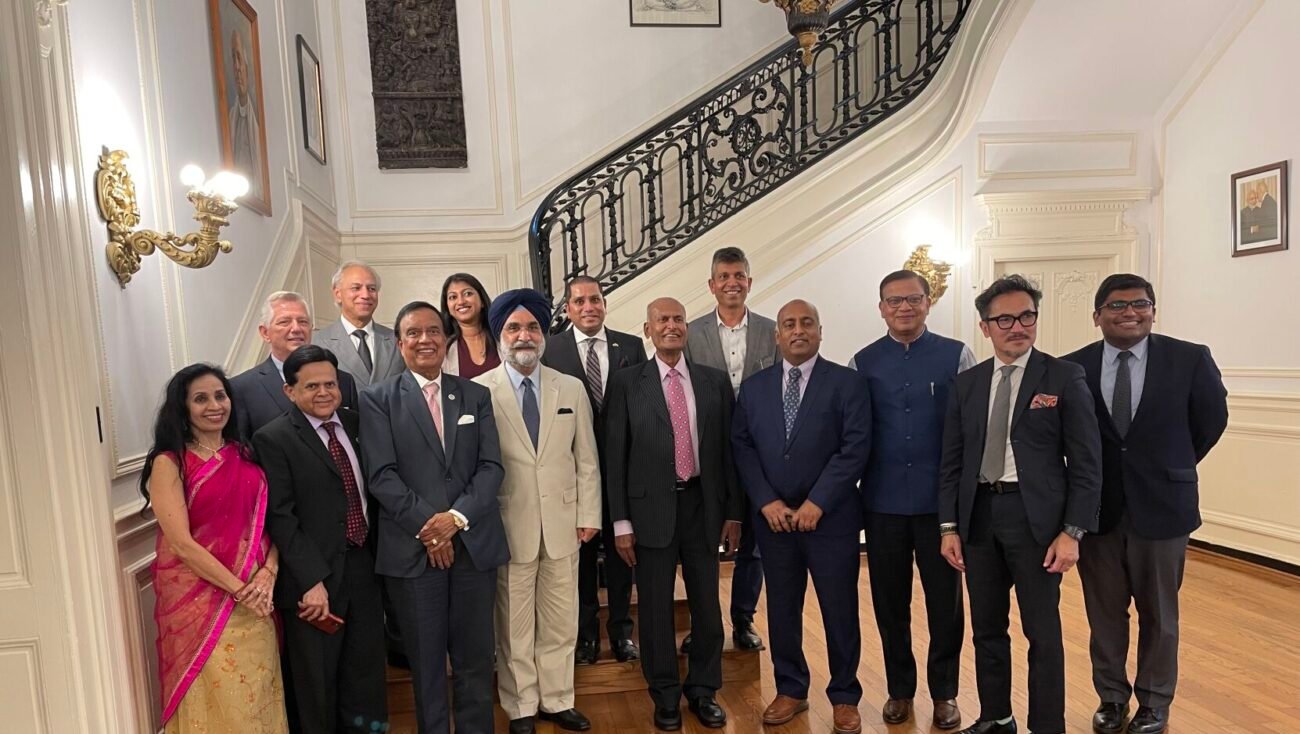 A delegation from the Indian American International Chamber of Commerce met with Indian Ambassador to the United States Taranjit Sandhu (front row, fourth from left) June 24 at the Indian Embassy in Washington, D.C. (IAICC photo)

A delegation of board members from the Indian American International Chamber of Commerce met with Indian Ambassador to the U.S. Taranjit Sandhu June 24 at the Embassy of India in Washington, D.C.

The delegation, headed by IAICC president and CEO KV Kumar, discussed strategies with Sandhu on ways to collaborate on matters important to the embassy, and the Government of India, stated a press release, adding that the delegation appreciated his leadership in organizing and coordinating relief efforts from the U.S. side to battle the second wave of COVID-19 in India.

Sandhu said IAICC can help in sectors such as healthcare, energy, digital IT, and knowledge and education partnerships as these areas provide numerous opportunities for American companies to partner with India.