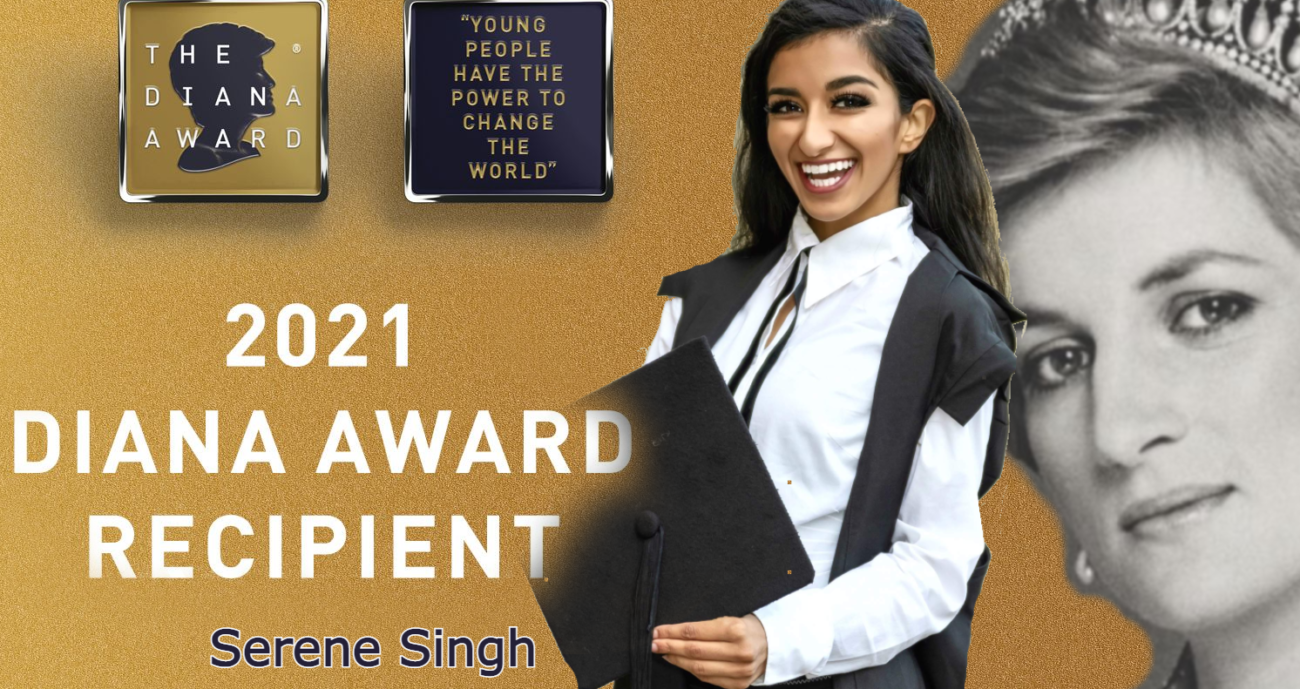 Indian American Serene Singh July 1 was recognized with a prestigious global award for her achievements in social action or humanitarian efforts – The Diana Award.

Established in memory of Diana, Princess of Wales, the award is given out by the charity of the same name and has the support of both her sons, The Duke of Cambridge and The Duke of Sussex, a news release said.

“This award is more than just an honor. For me, it is an opportunity to connect with passionate and resilient leaders worldwide while also being a reminder of the impact continuing to burn flames of justice and equity has and will always have on others,” Singh said.

Singh, 24, is a Rhodes Scholar and Truman Scholar who attends the University of Oxford as a doctoral student, focusing on the treatment of women in the United States criminal justice system.

Singh started The Serenity Project nonprofit in 2016 after losing her friend, a survivor, to suicide. She saw how her friend struggled with body dysmorphia and felt disposable for being a survivor.

While working in the U.S. Senate, Singh noticed that in briefings for gender-based violence, the survivors were rarely in charge of their narratives. So, she decided to put the power to own their stories back in their hands, the release said.

Throughout the year, Singh volunteers thousands of hours empowering survivors to develop tools for self-love and gain skills through one-to-one mentoring, a year-long curriculum of healing and growing and an annual charitable fashion show on the International Day of Self-Love, it said.

Her focus on women and girls extends beyond her research and according to her, is the same reason she represents the nation as the 2020-2021 National All-American Miss for one of the world’s largest pageant systems.

As a former intern for Michelle Obama’s Global Girls Alliance and The Queen Machine children’s book author to build self-resolve among young girls, Singh is deeply passionate about bringing awareness to women’s issues as well as advocating for women’s rights, the release added.

She is also working on a project in Jharkhand, India to help Indian adolescent village girls gain self-defense skills and resources to stay in school, it said.