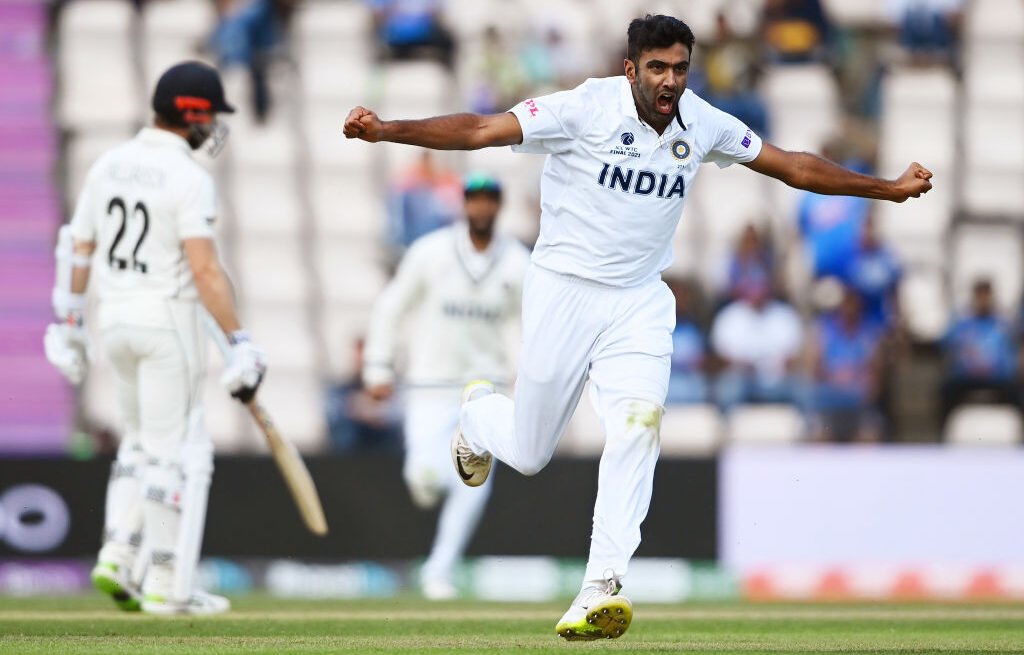 Ravichandran Ashwin of India celebrates the wicket of Kane Williamson which is later overturned by DRS during the Reserve Day of the ICC World Test Championship Final between India and New Zealand at The Hampshire Bowl on June 23 in Southampton, England. (Alex Davidson/Getty Images)

DUBAI, United Arab Emirates — Cricket rivals India and Pakistan will be in the same group at the Twenty20 World Cup.

New Zealand and Afghanistan also are in Group 2 with India and Pakistan, along with two countries making their way from the qualifiers.

The Board of Control for Cricket in India had to move the event to the United Arab Emirates due to the coronavirus pandemic. India remains the official host of the tournament.

“Given the disruption caused by COVID-19, we selected the cutoff date as close as possible to the event to ensure we were able to include the maximum amount of cricket in the rankings which determine the groups,” ICC’s acting chief executive Geoff Allardice said July 16.

BCCI secretary Jay Shah said both groups are “packed with sides that are highly competitive in the shortest format of the game.”

Sri Lanka and Bangladesh are among the eight teams in the qualifiers for the Super 12 stage of the tournament with Ireland, Netherlands, Namibia, Oman, Papua New Guinea and Scotland also competing.

The ICC said that the tournament’s schedule will be announced in due course.