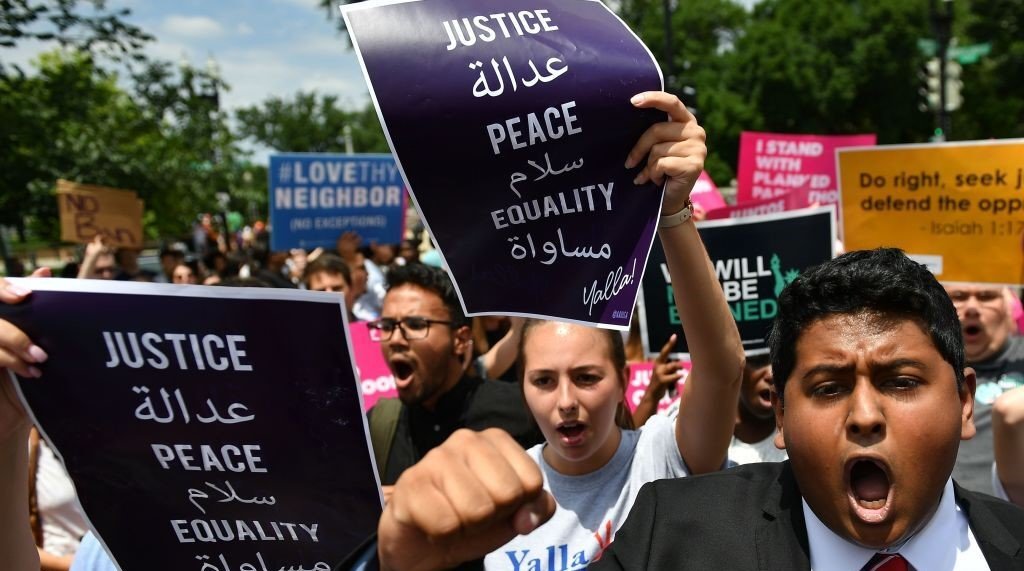 NEW YORK – When former President Donald Trump issued an executive order in 2017 banning Muslims from select countries from travelling to the U.S., the sweeping decree quickly rippled down to affect health outcomes for Muslim-Americans, say researchers, including an Indian American.

The researchers, including Pooja Agrawal from Yale University, indicated that a significant number of people in the Muslim community in the Minneapolis-St. Paul area skipped their primary care appointments after the ban.

There was also an increase in their visits to the emergency department, found the study published in the journal JAMA Network Open.

“This offers support to the thesis that the Islamophobia fostered by former President Trump affected the health of Muslim-Americans in the U.S. and that immigration policies can have indirect and unexpected consequences for those targeted by such actions,” said researcher Gregg Gonsalves from the varsity.

Before the ban, primary care visits and diagnoses of stress for individuals from Muslim-majority nations were on the rise, the researchers said.

In the year following the ban, however, there were approximately 101 missed primary care appointments beyond what would have been expected among people from Muslim majority countries not named in the ban.

Trump had issued Executive Order 13769, “Protecting the Nation from Foreign Terrorist Entry into the U.S.,” shortly after his inauguration to limit the travel of refugees from Iran, Iraq, Libya, Syria, Sudan and Yemen.

The ban was upheld by the Supreme Court in 2018, only to be revoked by incumbent President Joe Biden in January 2021.

For the new study, the researchers examined more than 250,000 adult patients treated at a Minneapolis-St. Paul HealthPartners primary care clinic or in emergency departments in 2016 and 2017.

These patients belonged to one of the following three groups – born in a Muslim nation targeted by the ban, born in a Muslim-majority nation not listed in the ban, and non-Hispanic and born in the U.S.