HomeGlobal‘Never Have I Ever’ Season 2 Review: Mélange of Humor, Naughtiness and a Whole Lot of Warmth

‘Never Have I Ever’ Season 2 Review: Mélange of Humor, Naughtiness and a Whole Lot of Warmth 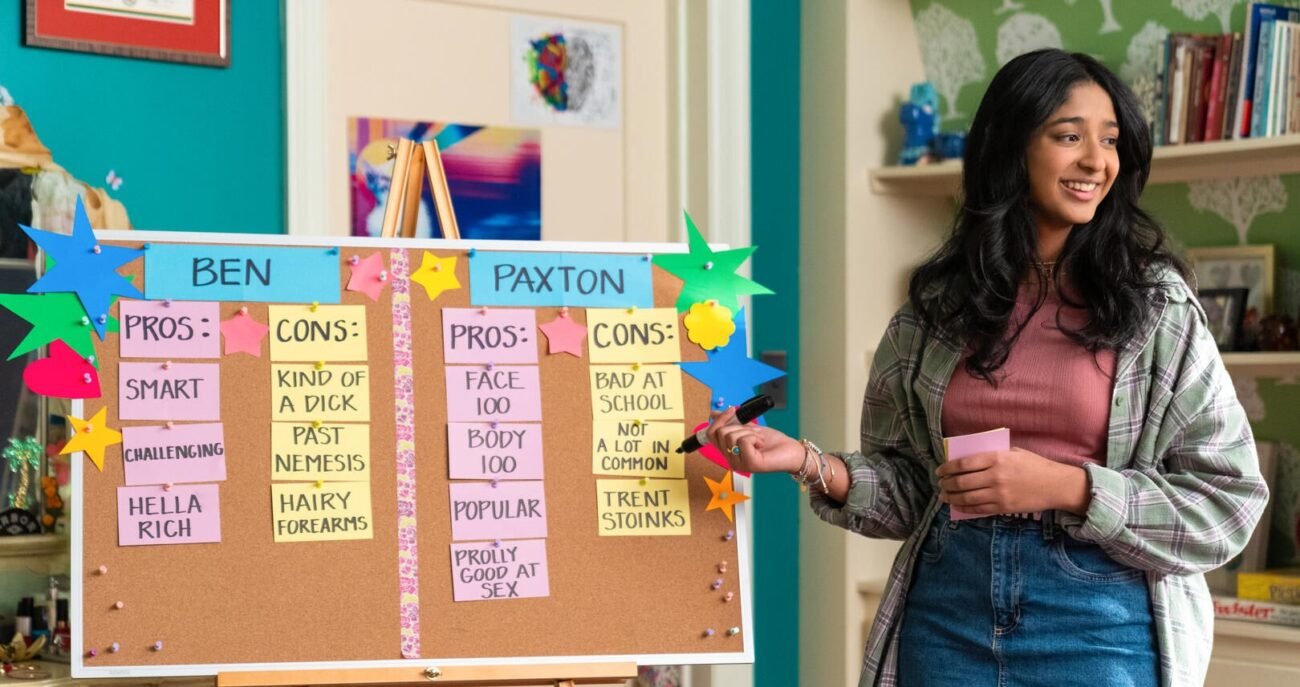 ‘Never Have I Ever’ Season 2 Review: Mélange of Humor, Naughtiness and a Whole Lot of Warmth

High school sophomore Devi Vishwakumar (Maithreyi Ramakrishnan) weighs the pros and cons of her two loves in the second season of “Never Have I Ever.” (photo via Netflix)

She’s at it again. Sophomore Devi Vishwakumar (Maithreyi Ramakrishnan) has hardly immersed her dad’s ashes into the sea when she is caught kissing by her mother in season 2 of Mindy Kaling’s “Never Have I Ever.”

As dense as the cult Archie Andrews, Devi decides NOT to choose between Ben (Jaren Lewison) and the half-Japanese Paxton (Darren Bennett) and dates both before her family (basically mom Nalini, played by Poorna Jagannathan) thinks of moving to India, thanks to Nalini’s husband’s demise.

However, things backfire and at a party, both the boys come to know of her tactics and get mad at her. Meanwhile, besties Eleanor (Lee Rodriguez) and Fabiola (Ramona Young) have their own problems, like Fabiola’s sexuality and Eleanor’s mom (Jae Suh Park)—and they also do not approve of Devi’s double-deal. And then, Devi’s mom decides not to move to move to India after all!

But worse is in store for the Indian family. Devi’s mother hates her dermatologist competitor, Dr. Chris Jackson (Common) who always seems to be one up on her. Devi’s cousin Kamala, who lives with them, is not treated well by her colleagues in her lab despite her accomplishments. And then comes the time when Dr. Nalini and Dr. Chris actually begin to like and date each other—and Devi, in turn sees red, even as her late father’s mother Nirmala (Ranjita Chakravarty) is progressive and understanding about it.

The last straw comes when Aneesa (Megan Suri), another Indian student, joins Sherman Oaks, Devi’s school. She is such a paragon that though Devi becomes her friend, the latter is jealous of her. When she unwittingly spreads a nasty rumor about Aneesa (because the latter has suddenly become very close to Ben), it is disaster time. Even her best friends are arraigned against her, and Devi is suspended from school.

A mélange of humor, naughtiness and a whole lot of warmth, “Never Have I Ever”’s Season 2 is way ahead of the first season and can be termed a very well-imagined and skillfully-written follow-up to Season 1. The series gives a lie to the saying that too many cooks spoil the broth as the whole group of 14 writers and seven directors give a fun life to the supposedly modified real story of Mindy Kaling, also here as one of the writers.

The technical side is as good as before, and the performances first-rate—Maithreyi excels and so does Lewison as Ben. Megan Suri is outstanding as Aneesa and Adam Shapiro as the history teacher, Niecy Nash as Devi’s shrink, Darren Bennett, Lee Rodriguez and Ramona Young are also extremely impressive—the common characters from Season 1 seem to have got more firmly into their roles. Common, who plays Dr. Chris Jackson, and Ranjita Chakravarty are especially noteworthy among the new additions, while Poorna Jagannathan and Richa Moorjani too get a lot better. Like the series itself.