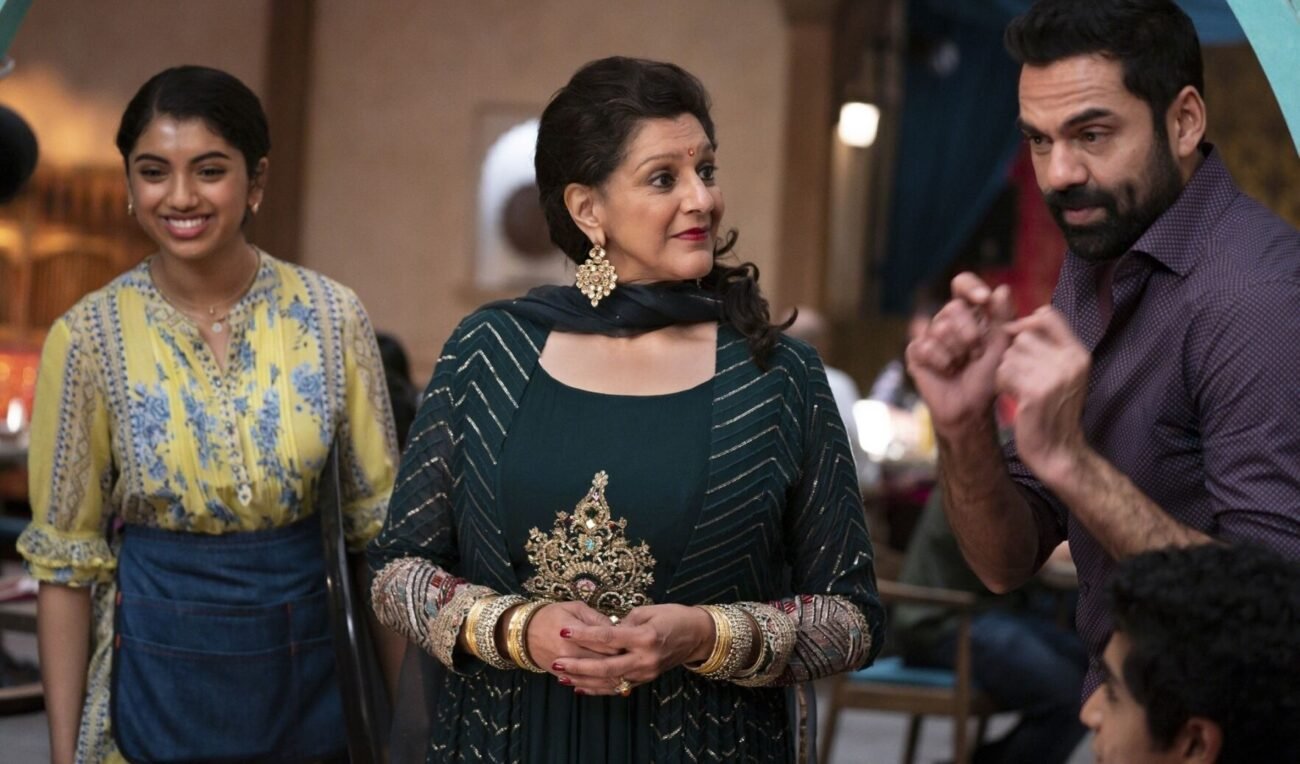 Abhay Deol (right) in a scene from “Spin,” about an Indian American family. (IANS photo)

MUMBAI – Actor Abhay Deol is very excited to play a pivotal role in the upcoming Disney film “Spin,” which revolves around an Indian American family. The actor says that the film attempts to start a conversation on breaking the stereotype and right the representation of the Indian American community in a more nuanced manner that the mainstream American films and TV have not done for quite some time.

Deol told IANS: “The right representation of Indian American community in cinema is so crucial here and very slowly the U.S. film industry has started to doing and Disney is surely playing an important part here. There were a lot of relating points for me with my on-screen character because my sister lives in the U.S. She has her family there, she has her children there. So my niece and nephews are all born here in America and they are American. My sister, even though living in the USA for so long and adapted to the lifestyle of an American, still sounds like us, Indian. But they are more Americans than Indians. There are those nuances that American television and cinema really did not explore in an ethnic community. This film ‘Spin’ is an attempt to redefine what we perceive how an American looks and sounds like.”

The story of the film revolves around a 15-year-old Indian girl, Rhea Kumar, and her dream to become a DJ. She has a passion for creating DJ mixes that blend the textures of her Indian heritage and the world around her. Her life revolves around her eclectic group of friends, Molly, Watson and Ginger, her after-school coding club, her family’s Indian restaurant and her tight-knit, multigenerational family, which has only grown closer since her mother’s passing.

Everything changes when she falls for aspiring DJ Max and a long-lost fervor for music is reignited. Rhea discovers that she has a natural gift for creating beats and producing music but must find the courage to follow her true inner talent.

Asked about how the new generation looks at the idea of a sense of belonging, Deol said, “Look, America is a country built by the immigrants. There is no one kind of people and community who we call American, thousands of people, across the globe are going there in America and living there for generations. So, when it comes to staying rooted culturally, an Indian family that settled in America would sound more like an Indian than an American. But when their children are born and mingling with people over there in America, their outlook towards life is bound to be different from those who are born and brought up in India and then went to America for a job and other work purposes.”

He explained, “I have many family members who feel that they are more of an Indian than American when they are in the USA. But when they come to India, believing their roots are here so the people would accept them here in India, they realize how American they are…you know, that constant conflict there in the mind? Yes, they are kind of falling between the cracks; which is why the story of the film ‘Spin’ is important. We are trying to say that it is about a sense of belonging. Your parents could come from a different culture and settled in USA few generations ago, but what the new generation should look forward to is to integrate. This film will show that if you are born and brought up in America, you are American, that does not mean that you are not of Indian descent but let us also celebrate the fact that you are part of a country that is inclusive. I think the more we make films like this, the conversation will continue and the change will begin.”