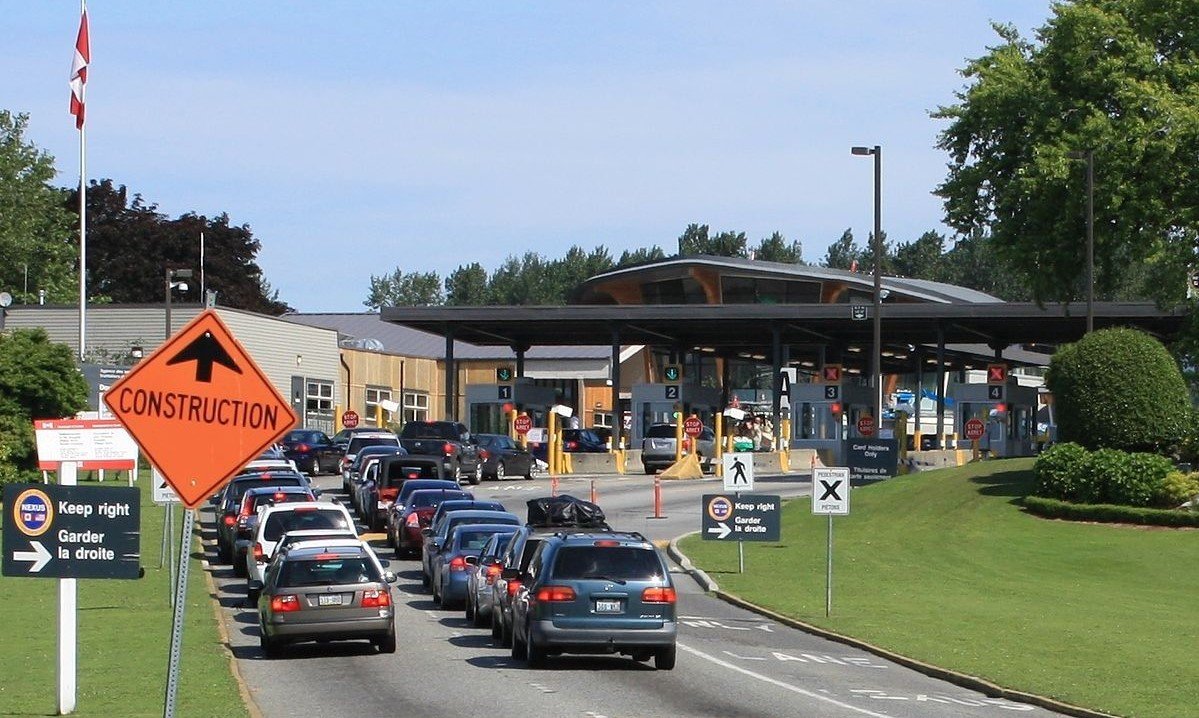 Indo-Canadian trucker Tasbir Singh was the victim of marijuana dealers who hacked into the trucking company’s computers, created a fake order for springs and packed the trailer with marijuana, said his attorney. Above: A border between the U.S. and Canada. (Wikimedia.org photo)

DETROIT – Federal prosecutors have dropped charges, at least for now, against a Canadian trucker who was arrested at the U.S. border early last month with more than a ton of marijuana in his rig, after his lawyer made the case that he was an unwitting victim of the drug smuggling scheme.

Tasbir Singh, 32, was detained on July 7 after border agents in Detroit found more than 2,200 pounds (998 kilograms) of marijuana worth an estimate $3.2 million in his truck.

Singh told authorities that he believed he had picked up compression springs in North York, Ontario. The delivery was supposed to go to Ohio. Because of COVID-19 rules, he never got out of his truck while it was being loaded, his attorney Ellen Michaels said.

“I had not done anything wrong,” Singh told the Detroit Free Press.

Michaels said Singh was the victim of marijuana dealers who hacked into the trucking company’s computers, created a fake order for springs and packed the trailer with marijuana.

“He had no knowledge of what was in his truck,” Michaels said.

The U.S. attorney’s office filed a request with the court on July 22 to have the criminal complaint against Singh dismissed without prejudice, meaning prosecutors could refile the charges at a later date.

“The complaint was dismissed and the defendant released in order to allow the government to investigate further and decide whether criminal prosecution of Singh is appropriate,” Gina Balaya, a spokeswoman for the U.S. Attorney’s Office, said in a statement earlier this week.

Prosecutors also stated in court documents the “government needs additional time” to “identify all other individuals who should be held criminally responsible” for the pot smuggling, the Free Press reported.

Singh, a native of India, was released from custody on July 23. During his 16 days locked up, he missed his naturalization ceremony in Canada. He has since returned to his home in Windsor, Ontario.

“They gave me justice,” Singh said.