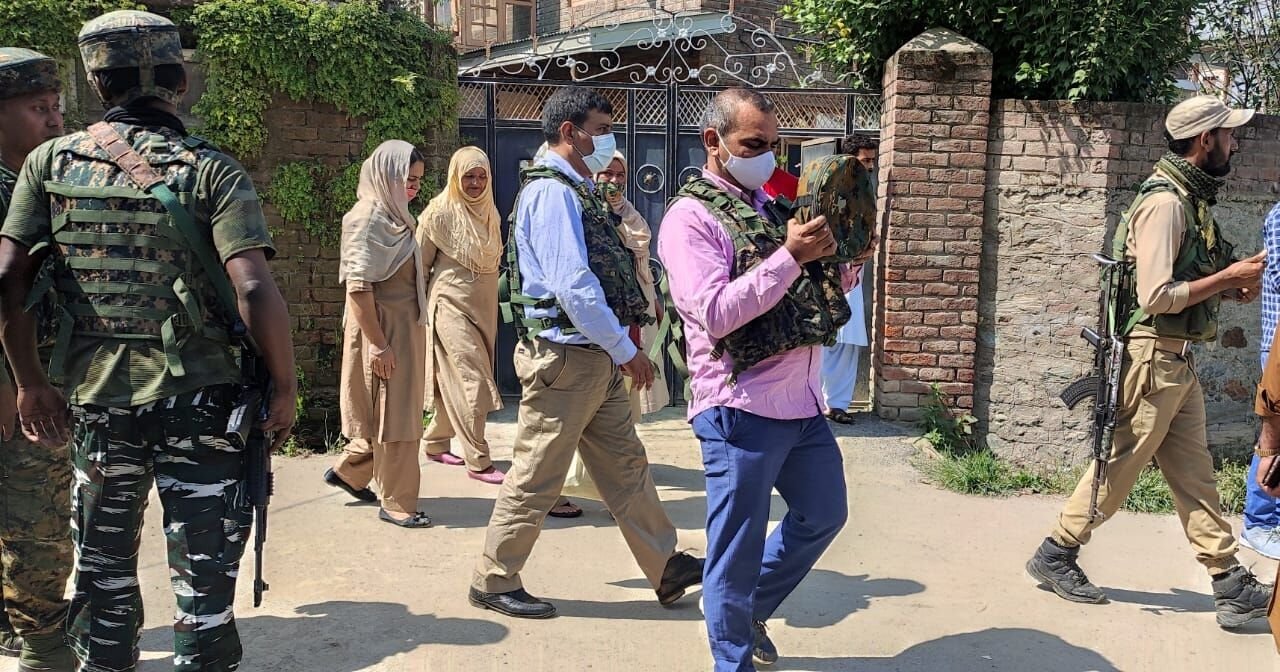 SRINAGAR – The National Investigation Agency Aug. 8 raided 56 places in 14 districts in Jammu and Kashmir following registration of an FIR against prominent members of the banned J&K Jamaat-e-Islami in the terror funding case, officials said.

An NIA spokesperson said that the anti-terror probe agency, along with the CRPF and the Jammu and Kashmir Police, carried out searches in Srinagar, Budgam, Ganderbal, Baramulla, Kupwara, Bandipora, Anantnag, Shopian, Pulwama, Kulgam, Ramban, Doda, Kishtwar, and Rajouri districts.

The official said that the agency had registered a case on the orders of the Union Ministry of Home Affairs on Feb. 5 this year relating to separatist and secessionist activities of J&K JeI, an unlawful association under the Unlawful Activities (Prevention) Act, following its proscription on Feb. 28, 2019.

Members of the organization have been collecting funds domestically and abroad through donations, particularly in the form of “Zakat, Mowda and Bait-ul-Mal,” purportedly to further charity and other welfare activities, “but these funds are instead being used for violent and secessionist activities,” the official said.

The official said that the funds raised by JeI are also being channelized to proscribed terrorist organizations such as Hizbul-Mujahideen (HM), Lashkar-e-Taiba (LeT) and others through well organized networks of JeI cadres.

“JeI has also been motivating impressionable youth of Kashmir and recruiting new members (Rukuns) in Jammu and Kashmir to participate in disruptive secessionist activities,” the official said.

The official said that the searches conducted included the premises of office-bearers of the proscribed association, its members and also offices of trusts purportedly run by the JeI.

“During the searches, various incriminating documents and electronic devices were seized from the premises of the suspects,” the official said.

Reports here said the Falah-e-Aam trust, owned by the JeM and situated in Nowgam outskirts area of Srinagar has also been raided.

NIA sources said the focus of these raids is to probe the funding sources of the banned organization.

In recent days, the NIA has carried out searches at different locations in two separate cases and also arrested a few people.