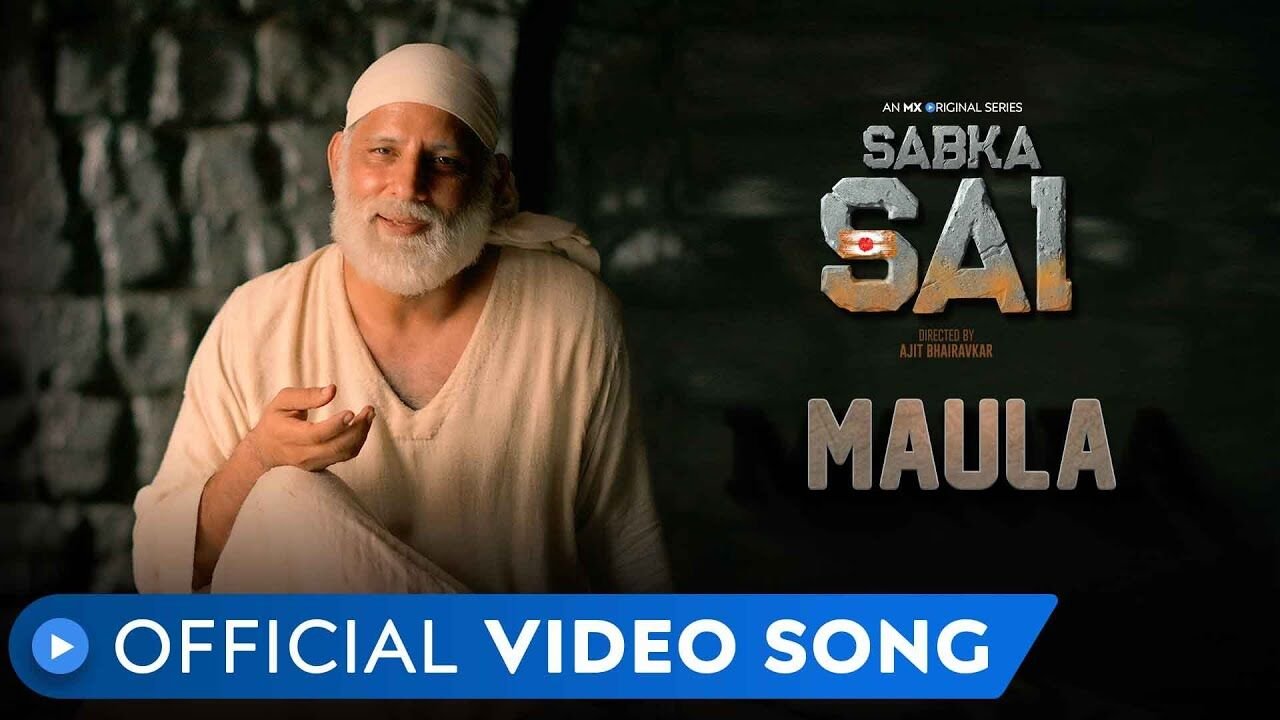 Mixed and mastered by – Rupak Thakur

MUMBAI — Recently, MX Player dropped the teaser for MX Original Series “Sabka Sai,” which has garnered positive feedback from the viewers on the platform. Starring Raj Arjun, the series highlights the journey of Sai Baba of Shirdi and the makers have now launched its soulful track, “Maula,” sung by Divya Kumar.

“Sabka Sai” is close to the director Ajit Bhairavkar for more than one reason. Not many know that the filmmaker belongs from Shirdi and thus shares a personal connection with the holy town. He grew up listening to the miraculous tales of Sai Baba and has had ancestors who had the privilege and fortune of meeting the saint as well. On directing “Sabka Sai,” he says, “I’m a devotee of Sai Baba, and in these uncertain times, I believe one can never have enough of these inspiring stories. Through this show, I’ve made a sincere attempt to revisit his lessons that are even more relevant today. His teachings about universal love and social equality find a tremendous echo in his followers.”

About the song, he adds, “When I heard the bhajan, it completely moved me. It brings you a sense of peace. The melody captures the perfect essence of Sai Baba and his teachings. The beautiful lyrics highlight how Baba believed that there was just one God even though there may be many routes to attain him, and he always said, ‘Sabka Malik Ek,’ even though he himself was worshipped by many people.”

The music is by Shailendra Barve and lyrics by Jitendra Joshi and it is mixed and mastered by Rupak Thakur. The trailer for the series will be launched Aug. 17.