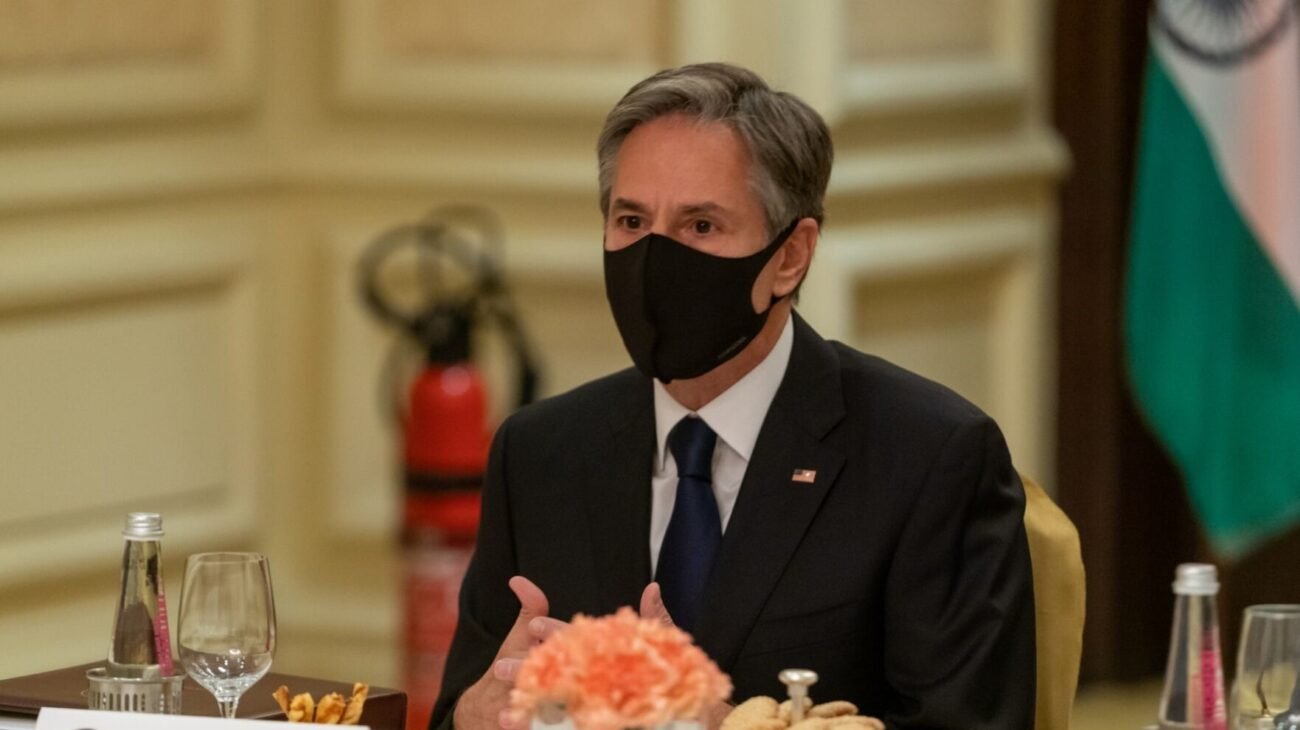 NEW YORK – U.S. Secretary of State Antony Blinken has discussed the Afghanistan situation with Indian External Affairs Minister S. Jaishankar as he made a round of calls to foreign ministers with direct interests in the country overrun by the Taliban.

Jaishankar tweeted after the call on Aug. 16 that while discussing the latest developments in Afghanistan he “underlined the urgency of restoring airport operations in Kabul. Deeply appreciate the American efforts underway in this regard.”

The airport is under U.S. control after President Joe Biden rushed thousands of Army and Marine troops there last week. But thousands of Afghans desperate to flee the Taliban flooded the tarmac stopping flights from landing or taking off Monday.

But reports later in the day said that flights had resumed.

State Department spokesperson Ned Price issued unusually terse and nearly identical readouts of the calls with Jaishankar and Pakistan Foreign Minister Shah Mehmood Qureshi, saying only that they “discussed Afghanistan and the developing situation there.”

With Lavrov it was about U.S. citizens and “vulnerable Afghans” and with Wang efforts to bring U.S. and Chinese citizens to safety.

In related news from Sacramento, California, Indian American Congressman Representative Ami Bera (D-CA) urged the Biden Administration to use its diplomatic and military tools to ensure the safe evacuation of Americans.

In a statement issued Aug. 16, Bera said: “I am closely following the heartbreaking situation in Afghanistan, including receiving regular updates from U.S. government officials. While there will be an appropriate time to examine the execution of the U.S. withdrawal from Afghanistan, our immediate focus must be on the safe evacuation of all Americans and our Afghan partners who assisted U.S. operations over the past two decades. As a senior member of the House Foreign Affairs Committee, I strongly urge the Biden Administration to use all feasible diplomatic and military tools to ensure the safe evacuation of Americans and our Afghan partners.”

He noted in the statement: “Sacramento County is home to the most Afghan immigrants in the entire country. Many of these individuals are Special Immigrant Visa recipients who bravely risked their own safety to serve alongside our troops in combat as translators, interpreters, and contractors. I have pushed the Administration for months to expedite the Special Immigrant Visa process and evacuate our Afghan partners out of the country. The time has passed for this to happen. We must now move rapidly to get these men and women safely out of Afghanistan, or they will be hunted down and killed by the Taliban.”

Bera said his office has been working to assist Americans trapped in Afghanistan, and said if anyone needs help evacuating Afghanistan, or need assistance with a Special Immigrant Visa or Immigrant Visa application, they should reach out to his team at CA07.Casework@mail.house.gov.