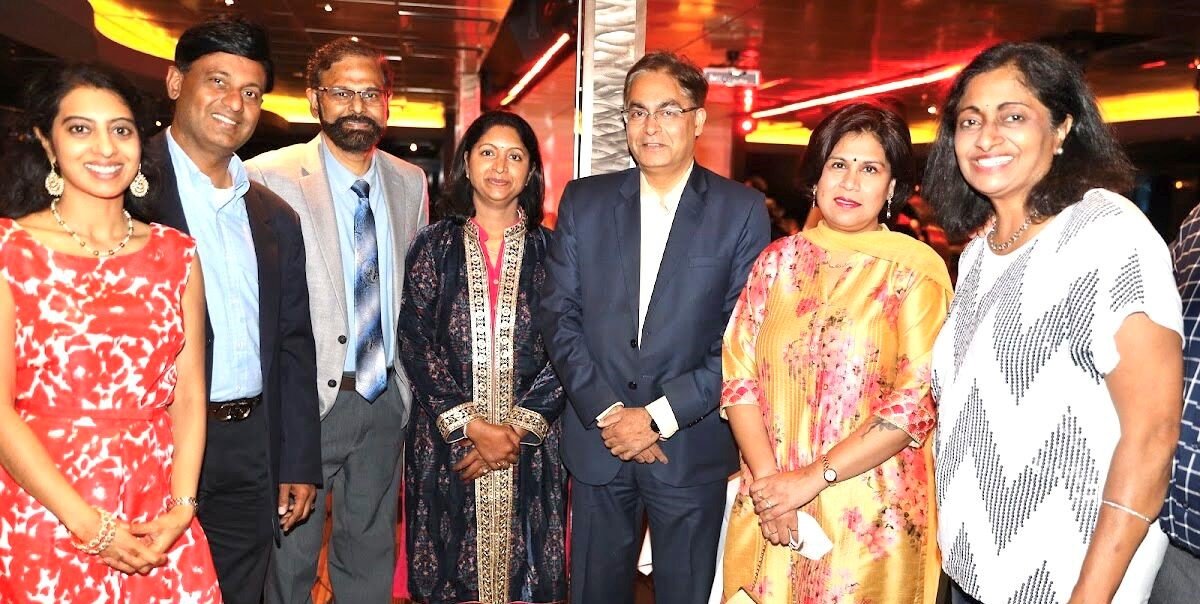 Leaders of the Indian American organization, the American Association of Physicians of Indian Origin, who have launched a nationwide initiative of Blood Donation Drives and Stem Cell Registry. (photo provided)

Nationwide chapters of the American Association of Physicians of Indian Origin have launched AAPI Blood Donation Drives and Stem Cell Registrations in 75 cities “in honor of the fallen heroes of Covid-19, and as India is celebrating 75 years of Independence,” said Dr. Anupama Gotimukula, president of AAPI, the largest Indian American organization in the United States.

“On the occasion of the 75th Independence Day of India, we the physicians of Indian origin serving every 7th patient in the United States, are excited to launch this unique and noble initiative,” Gotimukula added in the press release.

The launch event of the Blood Drive was organized in Chicago Aug. 7 under the leadership of Dr. Meher Medavaram, chair of AAPI’s Blood Donation Initiative. “Several cities that have organized the Blood Donation Drive include Dayton, Ohio; Oakbrook Village, Illinois; Ridgeland, Mississippi; Dallas, Texas; and Columbus, South Carolina. Dozens of other cities have planned to organize similar events across the nation in next few months,” she said.

“It only takes 15 minutes of one’s time and can save and sustain three lives with each pint of blood. So let us all be the heroes and life savers,” said Dr. Ravi Kolli, president-elect of AAPI.

On why the AAPI leadership chose this as a priority, Gotiumuka said, “The 3rd Covid Wave is causing increased ICU admissions again. There is a dire need for blood. Your friends or family may need blood someday. And this noble cause helps save many lives.”

Dr. Anjana Samadder, vice president of AAPI, who herself has experienced the ordeal with Covid -19, and has come out stronger, resilient and tenacious, quoting the Red Cross, said, “Blood is essential for surgeries, cancer treatment, chronic illnesses, and traumatic injuries. Whether a patient receives whole blood, red cells, platelets or plasma, this lifesaving care starts with one person making a generous donation.”

In particular for Indian Americans and other Southeast Asians, “It is very difficult to find a matched stem cell donor should they need a bone marrow or stem cell transplant, and this drive will help increase the number of potential donors.” Dr. Krishan Kumar, treasurer of AAPI, noted.