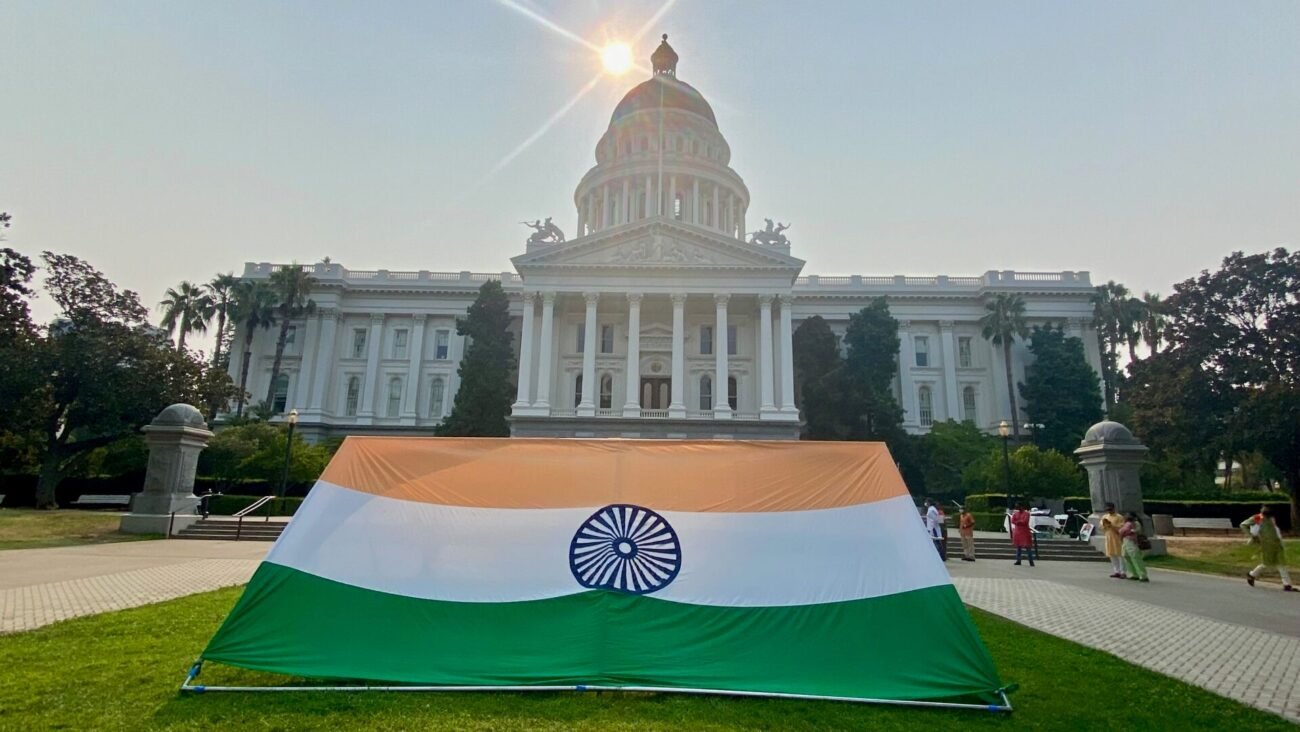 The IAS-organized Indian Independence Day celebration included the unfurling of the Indian tricolor in front of the California State Capitol. (photo provided)

The Indian Association of Sacramento Aug. 15 unfurled the Indian tricolor flag in the lawn area in front of the California State Capitol in Sacramento, California, in celebration of India’s 75th Independence Day, billed annually as India Day celebrations. On the same day at 9 a.m., IAS conducted a car parade at the State Capitol, with over 30 cars, said a press release.

Later that day, around 5 p.m., hundreds of members of the Indian American community based in greater Sacramento and around the world participated in the IAS Virtual India Day Celebrations live-streamed on Facebook and YouTube. The audience, noted the release, were mesmerized by the colorful, rich Indian cultural performances for about two hours non-stop, and congratulated the cultural show participants.

Consul General of India in San Francisco Dr. T.V. Nagendra Prasad attended the IAS India Day virtually and wished the Sacramento Indian American community on the occasion of India’s 75th Independence Day, according to the report by Venkat Nagam of IAS.

Pre-covid, over 5,000 people used to attend the India Independence Day celebrations held by IAS in Sacramento, added the release.