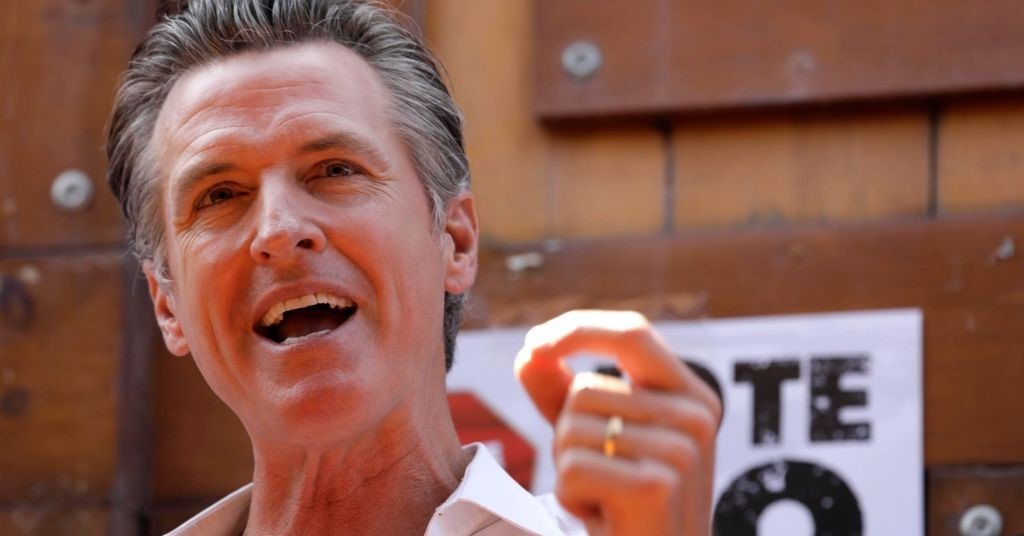 California Gov. Gavin Newsom makes a statement against his recall at an event in East Los Angeles on Aug. 14, 2021. AAPI Victory Fund’s Indian American chairman Shekar Narasimhan said: “Governor Newsom has been an ally to the AAPI community and this scurrilous effort by a right-wing minority must be defeated.” (Genaro Molina / Los Angeles Times via Getty Images)

The AAPI Victory Fund Aug. 27 announced that it has endorsed California Gov. Gavin Newsom in the state’s gubernatorial recall election.

The Victory Fund in a news release urged voters to vote “No” on the recall in what they say is a “partisan, right-wing attempt to recall him.”

“We are throwing our support behind Governor Gavin Newsom and asking the AAPI community to send in their ballots marked NO against recalling a progressive governor of California,” AAPI Victory Fund chairman Shekar Narasimhan said in a statement. “Governor Newsom has been an ally to the AAPI community and this scurrilous effort by a right-wing minority must be defeated,” the Indian American added.

Newsom, the Victory Fund says, has been a dedicated ally of the AAPI community. He’s repeatedly spoken out against hateful rhetoric and anti-AAPI hate crimes, and he recently approved the first-ever Asian Pacific Islander Equity budget, a historic investment which allocated over $156 million to advocacy groups committed to using noncarceral alternatives to combat violence against the AAPI community which makes up 16 percent of California’s population.

He also appointed Rob Bonta as the first Filipino-American to serve as the state’s attorney general, the release adds.

The AAPI Victory Fund will support Newsom heavily with canvassing, field organizing, and fundraising, and will devote as many resources as necessary to fight back against extreme, right-wing Republicans like Larry Elder, it said.

In the 2020 election, AAPIs represented 17 percent of California’s electorate and have experienced a 53 percent growth rate since 2000. In a close election, AAPIs might be the difference between a Newsom victory and loss, according to the news release.