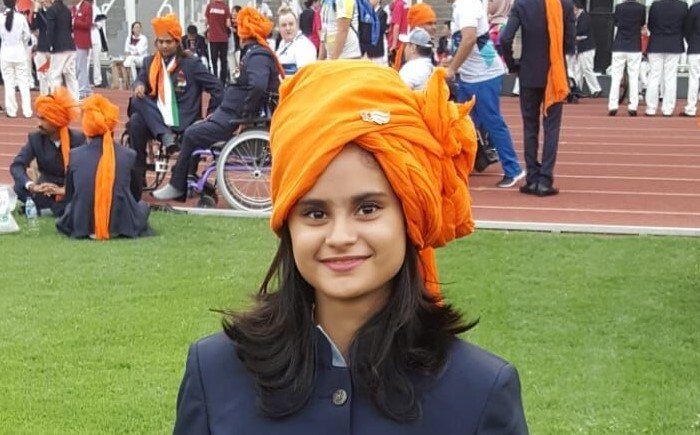 “Delighted to see our Paralympians bring more glory to the nation! Yogesh Kathuniya wins silver in the discus throw, Devendra Jhajharia and Sundar Singh Gurjar bags silver and bronze respectively in the javelin throw. Congratulations! Every Indian is celebrating your success,” tweeted the Rashtrapati Bhavan.

Earlier, President Kovind congratulated shooter Avani Lekhara for winning a gold medal at the Tokyo Paralympics and said the country is elated by her stellar performance.

“Another daughter of India makes us proud! Congratulations to Avani Lekhara for creating history and becoming the first Indian woman to win a Gold at the Paralympics. India is elated by your stellar performance! Our tricolor flies high at the podium due to your phenomenal feat,” tweeted the Rashtrapati Bhavan.

Indian discus thrower Yogesh Kathuniya clinched the silver Aug. 30 after registering his season-best attempt of 44.38 in the men’s F56 final.

He threw 44.38 in his sixth and final attempt to take up the top spot before Claudiney Batista of Brazil fired 44.57 in his first attempt to dethrone the Indian athlete.

Devendra Jhajharia grabbed the silver with a personal best throw of 64.35. This was also his third medal at Paralympic Games. Meanwhile, Sundar captured the bronze with a season-best throw of 62.58.

IANS adds from Tokyo: Prime Minister Narendra Modi was among the first to congratulate Lekhara, tweeting, “Phenomenal performance @AvaniLekhara! Congratulations on winning a hard-earned and well-deserved Gold, made possible due to your industrious nature and passion towards shooting. This is truly a special moment for Indian sports. Best wishes for your future endeavors.”

The 19-year-old, who sustained spinal cord injuries in a car accident in 2012, qualified seventh for the final but shot superbly to leapfrog seven shooters in the first elimination series itself in the final and never looked back.