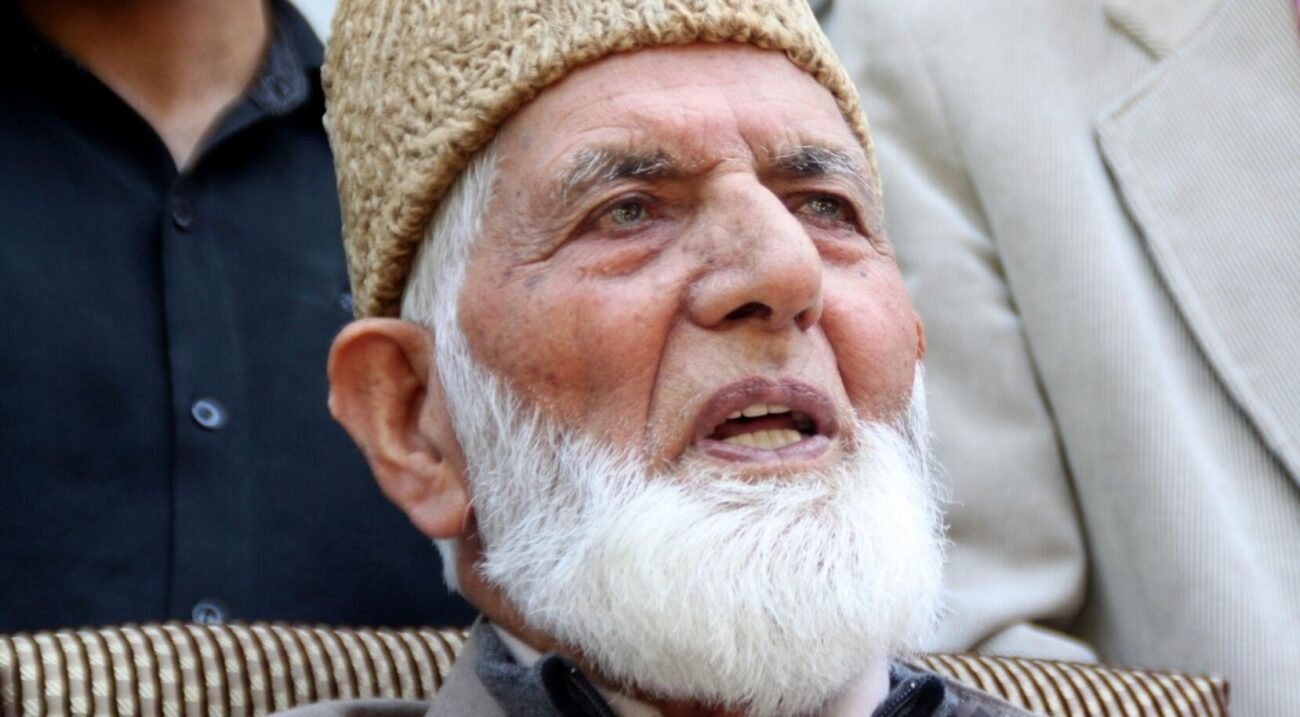 Geelani passed away at his uptown Hyderpora residence here at around 10:30 p.m., family sources said.

He is survived by two sons and four daughters.

Born on Sept. 29, 1929, and having finished his studies at the Oriental College in Lahore, Geelani had, since his youth, been a prominent member of the Jamaat-e-Islami. He had always stood for the merger of Jammu and Kashmir with Pakistan.

He himself had fought and won assembly polls from north Kashmir’s Sopore constituency in 1972, 1977, and 1987.

Considered to be a hawk among the separatists, he opposed all Track II talks between Delhi and the Kashmiri separatist leadership.

Chairman of the separatist conglomerate, All Party Hurriyat Conference, he split it in 2003 after accusing some of its constituents of fielding dummy candidates in the state Assembly elections that year.

In 2008, he founded his own party which he called Tehreek-e-Hurriyat.

In house arrest since 2008, he had, in 2016, refused to open the doors for the all-party delegation that came from Delhi to meet him.

Former Chief Minister Mehbooba Mufti was the first to condole his demise.

“Saddened by the news of Geelani Sahab’s passing away. We may not have agreed on most things but I respect him for his steadfastness & standing by his belief. May Allah Ta’aala grant him jannat & condolences to his family & well wishers,” Mehbooba said in a Twitter message.

Meanwhile, authorities imposed restrictions in the Kashmir Valley, including suspension of internet services.

Geelani was buried on Sept. 2 in a local graveyard near his residence.

No report of any major untoward incident was received from anywhere in the morning.

All markets, public transport, other businesses and educational institutions remained closed in the Valley as contingents of police and paramilitary forces remained deployed around sensitive places in the city and elsewhere.

His death has left a void in the separatist camp that might not be easy to bridge in the near future.

Ashraf Sehrai was his deputy in the Tehreek-e-Hurriyat and most supporters of Geelani looked upon Sehrai as his logical successor. However, Sehrai died of Covid infection while he was in prison on May 5, 2021. His death left the question of Geelani’s succession, as an icon of the separatist movement, wide open with apparently no successor in sight.

Geelani had senior colleagues and friends in the Jamaat, but after he broke away from them, the possibility of any senior leader of that organization succeeding Geelani was over.

Interestingly, when he broke away from the Jamaat, Geelani had taken away hardliners like him to Tehreek-e-Hurriyat, but none among them except Sehrai could claim succession.

Geelani worked with other separatists like Yasin Malik of the JKLF, Mirwaiz Umer Farooq of Awami Action Committee, Prof. Abdul Gani Bhat of the Muslim League, Molvi Abbas Ansari of J&K Ittihadul Muslimeen, and Bilal Gani Lone of Peoples Conference during his association with the All Party Hurriyat Conference.

Yet, there is no denying the fact that he continued to live in total mistrust of his Hurriyat colleagues and vice versa.

This had shut the option of anybody from the All Party Hurriyat Conference claiming to succeed him.

Both of them have announced that they are not in the race to succeed their father in the separatist camp.

His son-in-law, Muhammad Altaf Shah, is presently lodged in the Tihar Jail after he was accused by the NIA of collecting funds to sponsor terrorism.

Despite having acted as Geelani’s spokesman for sometime, Altaf is not believed to have shoulders strong enough to step into the shoes of his father-in-law.

These developments rule out the possibility of anyone in the present day separatist camp to succeed Geelani as an icon of separatism in Kashmir.