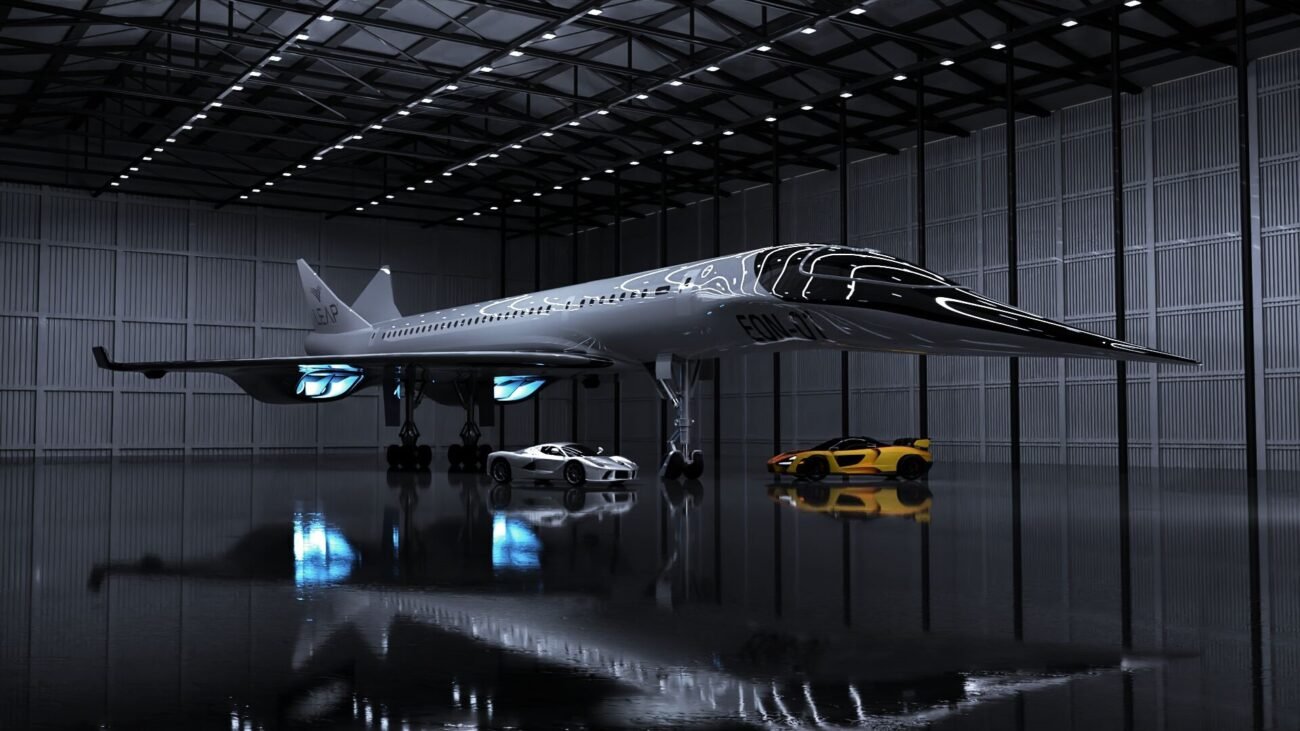 The company’s LEAP EON-01 design has a twin-tailed, delta-wing configuration with at least four engines – in a layout reminiscent of the Anglo-French Concorde – and capacity for 65 to 88 passengers, according to a news release.

“We aim to develop a next-generation aircraft that will illustrate a net-zero emission of carbon and to rely on 100 percent sustainable aviation fuel (SAF),” according to the company’s website. “Leap Aerospace is dedicated to innovating reliable, affordable, safer, and sustainable air travels solutions [and] will contain the issues of pollution, services accessibility, urban designs improving air mobility, and transportation. The vision of the organization is attainable with the help of numerous stakeholders.”

Leap Aerospace is starting on a self-funded basis. Leap Aerospace founder Reddy, 37, has an estimated net worth of $55 billion, according to reports.

According to Reddy, the aircraft will use “a hybrid system of traditional and novel components” that will aim to mute the sonic boom on technical grounds. Leap’s aircraft design is said to embrace aerodynamics in a vastly more efficient manner for minimizing shock waves, reducing drag, and increasing efficiency.

The 205-foot-long aircraft is to function at speeds up to Mach 1.9, fly at an altitude of 60,000 feet, and be up to 100 times quieter than a helicopter. The low noise is generated with the help of small propellers for landing and takeoff, reports noted.

The airplane will offer non-stop flights from New York to London in under three hours, and from Johannesburg to Beijing in about three and a half hours.

“If you are tired of long waiting hours due to the traditional flights, the wait is over now. We welcome you to the new world of “The Next Generation of Supersonic Travel,” Priven Reddy said in a statement.

“Breakfast at 9 a.m. in London and lunch by 12.30 p.m. in New York. Tech Mogul, Priven Reddy’s Aerospace startup is aiming to bring the world closer,” the company says in its website.

Reddy adds the aircraft will feature a safe-landing mechanism, which in the event of a complete engine failure or malfunction, will allow the aircraft to safely land on ground or ocean, minimizing fatalities, according to the release.

The team working on the design of Leap Aerospace is directed to launch an aviation solution that will be useful for air surveillance, air logistics, tourism, emergency air operations, and business travel, it said.

The company plans to pre-sell its aircraft to cargo and transportation organizations – but not to private operators – by early 2022. Leap’s vision is to manufacture models for 70 or more passengers in its 2.0 aircraft series, the release notes.

Leap officials say their aircraft will be ready for a commercially sustainable supersonic flight service having the potential to carry 86 passengers in late 2029, it said.