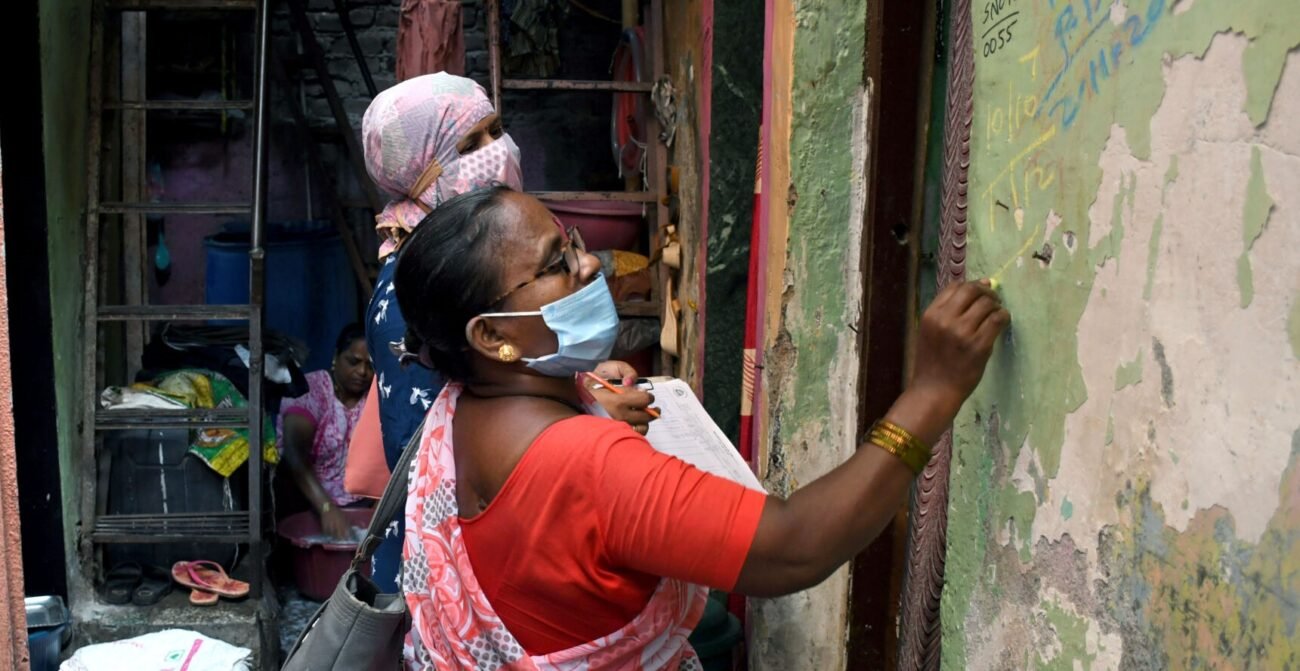 File photo of Indian healthcare volunteers conducting door to door surveys inside Dharavi to find out if residents are having tuberculosis symptoms, in Mumbai. (ANI photo)

HYDERABAD – At a time when India has set a national strategic plan to eradicate tuberculosis by 2025, the US Agency for International Development and other partners have joined forces with the country to achieve this goal.

Baghya Raju Koppu, a visiting pediatrics consultant at Continental and Apollo hospitals in Hyderabad and the managing director of Amrutha Children’s Hospital at Shankerpally, near the city, said that TB, an airborne contagious disease is a major health concern in India, which is known to be lurking inside many people and waiting to manifest when their immunities are compromised.

Amid the background of this scourge in the country, USAID chipped in with its Breaking the Barriers program, a community engagement initiative, aimed at reducing morbidity due to TB and aligning it with the Government of India’s goals.

Developing and scaling up effective behavioral change operational models among vulnerable populations to raise TB infection notification to the government and improving successful treatment outcomes for those cases which are drug sensitive and helping TB-HIV disease infected patients are some of its goals.

As part of the Breaking Barrier program’s behavior change solutions, USAID is striving to favorably alter behavior unique to groups such as tribals, migrant population, mining and industrial groups.

As the disease easily spreads to other people in the vicinity when a patient sneezes or coughs, behavior change solutions will play a key role.

Breaking Barriers is focusing on the geographies of Telangana, Karnataka, Bihar and Assam, along with TB Alert India in Telangana, CARE India in Bihar, World Vision in Assam and KHPT.

It identified urban vulnerable groups for the disease in all the four states, tribal groups in Telangana and Assam, mining and industrial groups in Karnataka and Telangana, tea garden workers in Assam and migrants from Bihar.

The American agency, along with its partner non-governmental organizations, promote the health and wellbeing of the TB patient and caregiver community in an enabling environment.

The good organizations are working towards embedding digital technology to increase the reach, accuracy and efficiency of their efforts.

It is a known fact that many patients abandon medication midway because of the painfully longer duration and extremely powerful medicines involved in treating the disease.

The agency also aims to achieve long term results such as successful treatments for drug sensitive TB and drug resistant TB, including the adoption of its solutions by the Indian government.

“USAID remains committed to working with the Central TB Division in the Ministry of Health and Family Welfare, Government of India, to reach the goal of a TB free India by 2025. Although Covid-19 has presented unparalleled challenges, through collaboration and partnerships we can ensure a safe and healthy future for all, especially the country’s most marginalized individuals,” Ramona El Hamzaoui, acting mission director, USAID in India, told IANS.