HomeIndiaU.S. Thanks India, Other Nations for Offering Help During Evacuation from Afghanistan

U.S. Thanks India, Other Nations for Offering Help During Evacuation from Afghanistan 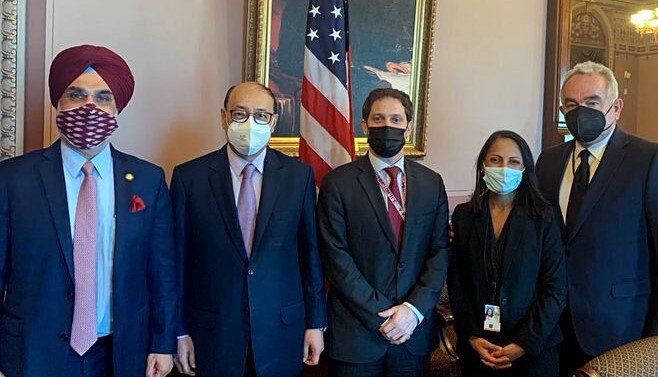 U.S. Thanks India, Other Nations for Offering Help During Evacuation from Afghanistan

WASHINGTON – The United States has thanked several countries including India for their “generous offers” to help in a variety of ways regarding the relocation efforts for at-risk Afghans during critical evacuation operations from Afghanistan.

The United States forces left Afghanistan on Aug. 31, marking the end of a chaotic and messy exit from America’s longest war. In total, the United States and its partners relocated more than 124,000 people to safety, including 6,000 U.S. citizens.

“With support from partners and allies, the United States put together a global network – consisting of more than two dozen countries spanning four continents – with total temporary transit capacity of 65,000 people on a rolling basis, including up to 2,000 spaces to accommodate persons that need longer-term processing,” the U.S. State Department said.

The State Department said that the U.S. is grateful to the global network of countries that have provided critical assistance for our evacuation efforts.

The State Department assured that the U.S. is working around the clock to ensure U.S. citizens, at-risk Afghan civilians, and others are able to reach their ultimate destinations safely and efficiently.