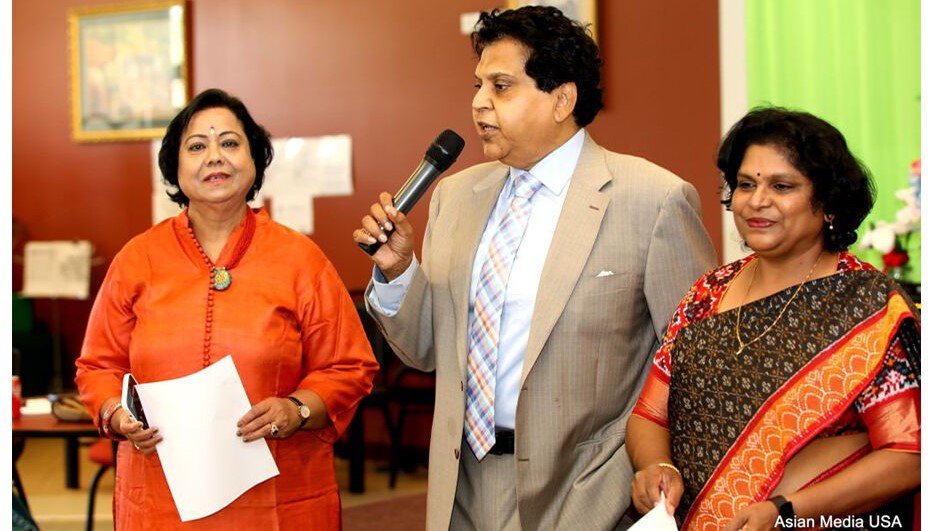 An International University of Vedic Wellness is being established in the greater Chicago area by local Indian American community member Santosh Kumar, on the occasion of her father Shambu Dayal Kulshresthra’s 48th death anniversary Sept. 9. The mission of the university, she said in a press statement, is to teach, preserve and advance the ideals and values of Sanatan Dharma by integrating the ancient practices with the global Hindutva philosophy in this digital age.

Kumar said that this brick-and-mortar university is being built on a 38-plus acre campus and will offer certification, associate, bachelor, masters, and Ph.D. degree courses in a formal setting.

Initial funding for the university will come from her late husband Pramod Kumar’s Trust fund and her family personally, she added.

Vasavi Chakka, dean of the International University of Vedic Wellness, in her introductory remarks congratulated Kumar for her foresight in establishing this full-fledged university.

Physician Vijay G. Prabhakar announced a contribution of $100,000 to establish an Inter-Faith Chair in the name of Congressman Danny K. Davis to teach the Hindu philosophy of religious tolerance and also the basic tenets of other faiths at the university, added the release.