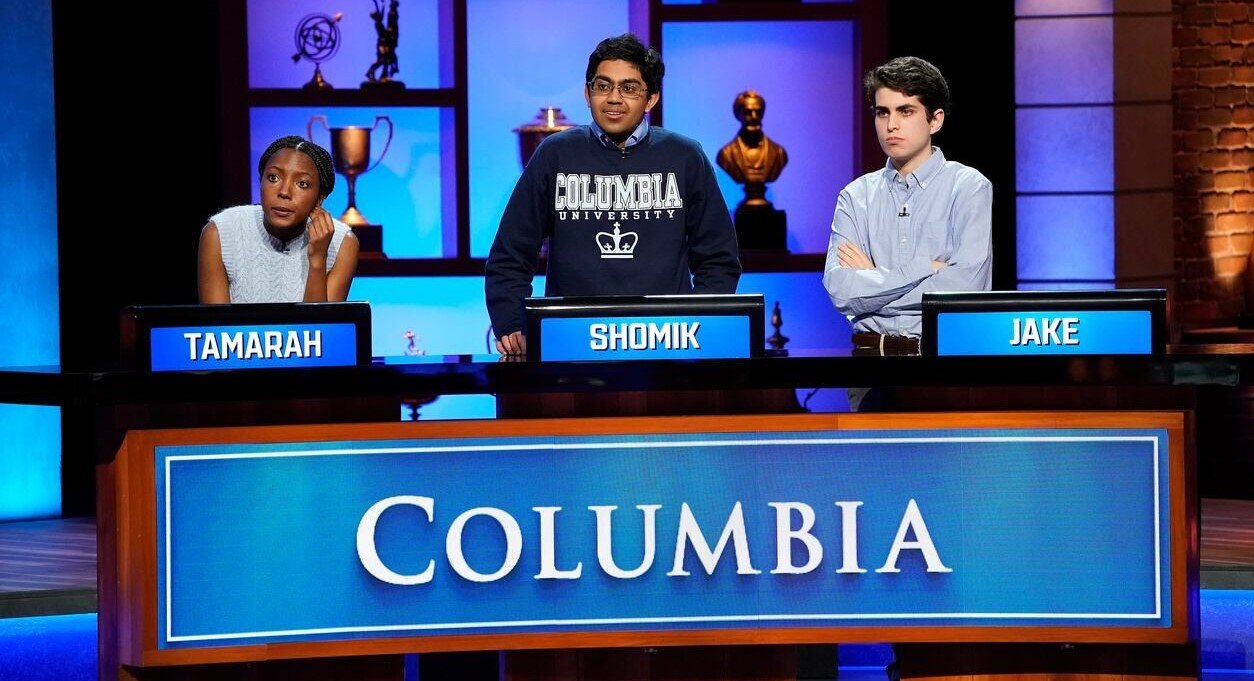 A collegiate team from Columbia University with an Indian American team member continued its winning streak on the NBC show “Capital One College Bowl,” winning the championship on the newly revived quiz show.

The Columbia Spectator reports that, after four tight matches against competing universities, the final round—which was against the University of Southern California—ended abruptly after Columbia succeeded during the Two-Minute Drill, an essential “College Bowl” challenge.

The competition began with 12 teams representing colleges of all sizes from across the country.

Hosted by Cooper and Peyton Manning, the trivia show features the brothers’ witty commentary along with college students competing for $1 million in scholarship money toward their tuition, the Spectator reported.

Ghose is majoring in computer science with a minor in economics, according to a report on columbia.edu. He said in the report that the best part of the experience was “walking on set for the first time and meeting the host, Peyton Manning.”

According to TV Series Finale, an average 2.4 million people watched the “College Bowl.” Each round consisted of team members picking from categories like “Feminism in Film” and “Comparative Adjectives,” the report said.

As the competition progressed, a Dropout Round made the competition more intense. This round entailed members of both teams naming answers belonging in a specific category one at a time, it said.

When a team member gave a wrong answer, they would be eliminated. The first team to lose all their players would have to tackle the Two-Minute Drill—a round in which teams have two minutes to answer as many questions as possible—without one of their players, the publication noted.

For the Columbia team, winning did not seem like a possibility at first. Seven minutes into the semifinal against Auburn University, the team had zero points while Auburn had 110, the report noted.

The match ended with Columbia amassing 735 points against Auburn’s 695.

During the final “College Bowl” match, USC and Columbia had similar scores until Columbia solidified its victory in the final Two-Minute Drill.