HomeIndiaCongress MP Tewari Seeks Clarification from Government on U.S. Asking India for Use of Airbase

Congress MP Tewari Seeks Clarification from Government on U.S. Asking India for Use of Airbase 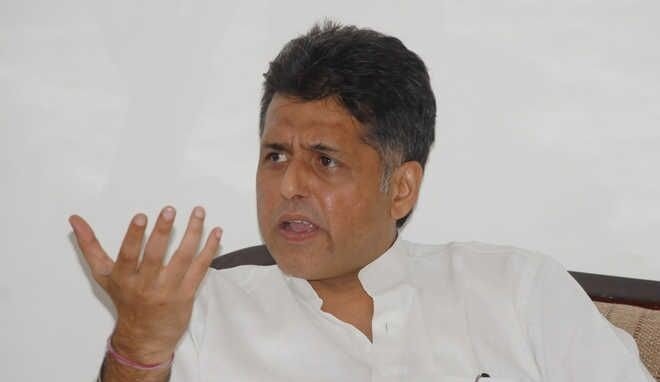 Congress MP Tewari Seeks Clarification from Government on U.S. Asking India for Use of Airbase

NEW DELHI (IANS) – Congress MP Manish Tewari Sept. 15 sought clarification from the government after reports surfaced that the United States has approached India to allow use of airbases situated at Northwest frontiers.

Tewari in a statement said, “Is it correct that U.S. Secretary Blinken has approached India to allow its bases in Northwest to be used for air strikes against Afghanistan?”

He said that the Prime Minister’s Office needs to clarify soon, as whichever nation has allowed the U.S. to utilize its soil for military operations, blowback has been devastating.

“Over the past 70 years, no foreign forces have ever been allowed to base themselves in India. It would constitute the gravest violation of India’s sovereignty. From Okinawa, Philippines, Korea, Vietnam, Laos, Kampuchea, Iraq, Afghanistan, Latin and S. America, history littered with the debris and consequences of allow any U.S. or other foreign Military presence on a nation’s soil. Such basing rights would be a frontal attack on India’s sovereignty and a complete sellout of our national interest. It needs to be neutered in the bud,” he added.

Tewari was commenting on news reports which said that U.S. Secretary of State Antony Blinken in a statement to the Senate Committee on Foreign Relations on the Afghanistan issue said that the United States is in touch with India on using a post for aerial strikes in Afghanistan.

Blinken’s statement comes days ahead of Prime Minister Narendra Modi participating in person in the Leaders’ Summit of the Quadrilateral Framework in Washington, DC on Sept. 24, 2021, being organized by the U.S.

Australian Prime Minister Scott Morrison, Japanese Prime Minister Yoshihide Suga and U.S. President Joe Biden will also be attending the Summit to review the progress made since their first virtual Summit on March 12 this year and discuss regional issues of shared interest.

The four QUAD member nations have always been vocal for rule-based order in the Indo-Pacific region amidst Chinese military assertiveness in the region whereas Beijing observes this grouping as detrimental to its influence in the region.