‘The Empire’ Review: Sound, Fury, and Little Else 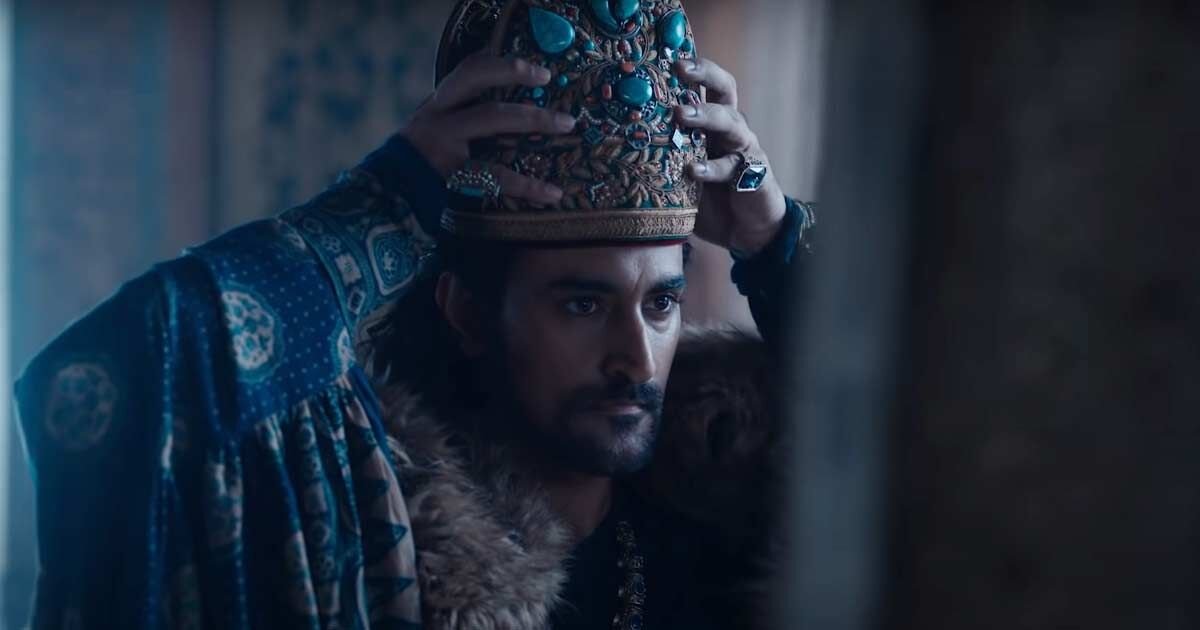 ‘The Empire’ Review: Sound, Fury, and Little Else

A scene from “The Empire.” (Trailer grab)

The director has assisted Sanjay Leela Bhansali in his period epics. Now, that is sufficient reason to assume that she knows the way to depict dramatic as well as war sequences with great soundscapes and lavish action—and she does prove to be an expert in visuals, sound and fury.

Regrettably, she brings little else to the table. And the fault lies in the script that also decides to follow the sound and fury dictum, with emotions oftener than not kept at a level where this is little connect. Plus, almost the whole series of 8 episodes totaling around 5 hours is aimed at only showing the adventures and misadventures of Babar in war and home politics. His victory over his main enemy, Shaibani Khan (Dino Morea) fails to have the desired impact.

It is only in the penultimate episode that Babur conquers India with the battle of Panipat (shown in an extremely “filmi” way!) and we have a straight jump in Episode 8 where the reigns are handed over to Humayun after so many political shenanigans and machinations.

Most important, in between we see an 18-year gap—and NO ONE ages!!! Babur, his queen, even his grandmother (Shabana Azmi), right-hand (Imaad Shah) and everyone else look not a day older. After the humongous expense in costumes, make-up, production design and VFX, surely there was no need to scrounge in this vital aspect. Or was the audience taken for granted?

As early as in the 1970s, a frequently-aging (that is, in many films) Sanjeev Kumar was made to wear funny wigs! With all our technical advancements, surely such things could have been attended to! Like Shabana Azmi, playing Babur’s grandmother, must have been an easy 40 when Babur was a kid. She keeps on looking the same over the next few decades!!

Overall, a humongous spectacle that needs accolades for the entire technical team for the mounting and production values, “The Empire” relies more on emulating and imitating foreign cinema and series rather than crafting a relevant story of how the Moghuls came to India. It is ENTIRELY a different issue that we are glorifying the invaders who also did so much harm to fellow Indians. I asked myself, does any Indian series (or film) glorify the British? Or will we make a movie on noted real, negative characters? Yes, many have done the latter, and faced total audience rejection!

As always, some of the performances tend to lift the series. Kunal Kapoor is decent most of the time, Shabana Azmi too is effective, and Dino Morea the best of the lot with his intense, human persona. Rahul Dev as Wazir Khan is superb. Aditya Seal as Humayun, Karan Pandit as Kamran and Imaad Shah as Wasim do well, and Sahher Bambba underplays Maham very well. But Drashti Dhami as Babur’s sister Khanzada has one single intense expression. The rest are either serviceable or do not matter.

I do not know if and when we get future seasons of this series. For one, it is a foreigner’s perspective of what happened in India, and to Indian people, which makes it again a tad irrelevant as well as irreverent. For another, the series seems hollow and episodic, with showy sequences rather than strong content. And major flaws are, as stated before, too common. Eight episodes down, you feel a strange disconnect and discontent.