HomeGlobalNetflix’s ‘Indian Matchmaking’ at the Emmys: The Problems with Nominating this Indian ‘Reality’

Netflix’s ‘Indian Matchmaking’ at the Emmys: The Problems with Nominating this Indian ‘Reality’ 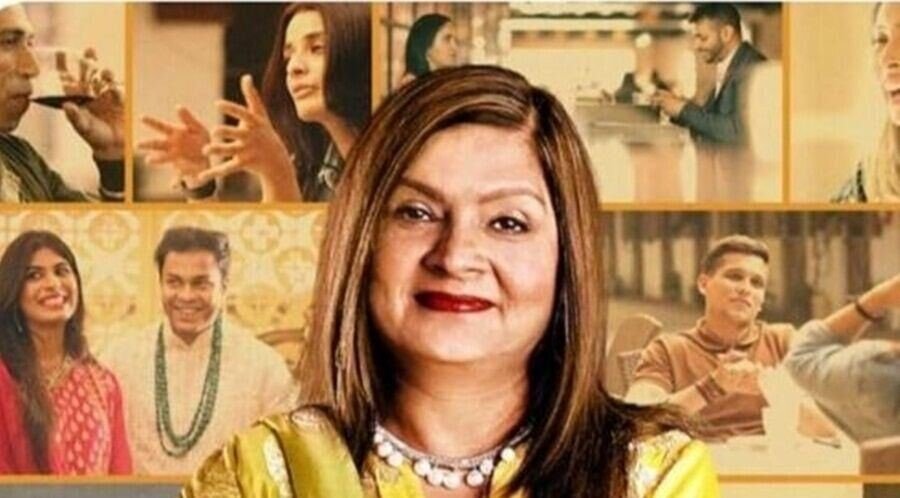 Netflix’s ‘Indian Matchmaking’ at the Emmys: The Problems with Nominating this Indian ‘Reality’

At a time when most people were glued to screens, streaming non-stop to escape pandemic realties, Netflix’s “Indian Matchmaking,” released in July 2020, created global buzz for all the wrong reasons.

What was it about a show with “Indian” in the title that made it trend not only on Netflix India, but also Netflix Canada? The show eventually scored an Emmy nomination that was met with disconcerted displeasure from Indians and the Indian diaspora.

With the Emmys airing on Sunday, how did a show that hinges on regressive principles of caste and colorism, not to mention flippant misogyny, land itself a nomination?

At the outset, the premise of “Indian Matchmaking” is about normalizing, or even valorizing the tired trope of arranged marriages in India.

The institution of arranged marriage essentially dictates caste-based discrimination in India, falling prey to blatant religious politics. The fundamental backbone of Hindu religion has been the historically violent caste system — rigid social groups characterized by hereditary transmission of life style, occupation and social status — which has been relayed and protected through generations by same-caste marriages.

In the show, the Indian diaspora in the United States is shown to idolize marrying in one’s own culture (read: caste). Cultural theorist Stuart Hall explains that any diaspora tends to hook itself in familiarized, nostalgic affirmations with one’s culture of origin, which he terms as “associational identification.” The characters and framing of the show reinforce such notions, suggesting that the couples similarity in culture is based on their religion and upper caste.

The show is called “Indian” Matchmaking, but “Indian” is substitute for Hindu traditionalism, and glorifies upper-class, upper-caste, Hindu marriages.

Defending the lack of inclusivity in the show, executive producer Smriti Mundhra said in a recent interview “one cannot make a show that’s going to represent 1.3 billion people across the globe.” While Mundhra’s response might have some truth to it, why was it important to tell this story? Are we meant to be drawn in by the story of the show’s matchmaker, Sima Taparia?

While introducing herself as “Sima from Mumbai” to characters in the U.S., Taparia implicitly dissociates herself from India, affirming her allegiance to a privileged Mumbai-based reality.

Her “Indian” matchmaking only engages Hindu, upper caste, upper class, while blatantly favoring men. The only people who get equal, if not more, screen time than Taparia are Pradyuman and Akshay — two painfully wealthy, privileged, upper caste Mumbai men.

While the shows creators try to spin it as a progressive version of matchmaking that upholds renewed cultural values, it is an evident miss.

A return to roots

Despite the show’s portrayal of Indians in the American diaspora, the idea of “a return to roots” works as a redeeming angle on a global platform but panders to a “foreign” (non-Indian), North American gaze.

Sure, “Indian Matchmaking” is a show about Indians, featured in Netflix India, but it fails to capture an “Indianness” that is nuanced and personal to people of Indian origin. Instead of portraying a complex narrative of human relationships informed by generational differences and regressive customs, the show refashions it all into a skewed idea of India. By indulging the common stereotype of rich Indians following regressive customs, the show ends up becoming another weary caricature of India and Indians on a global platform.

The show highlights the diasporic Indian as a guardian of “traditional” Indian identity, as they yearn for a partner from “home.”

What does an Emmy nomination say?

The Emmy nomination under the category of “Outstanding Unstructured Reality Program” is not only problematic, but it also fuels fantasies of the fantastical Orient. In post-colonial studies, this signifies the misconstrued notion of the East as backward and exotic — an antonym to the flourishing, modern West.

For years, the only palatable portrayal of India for the West was often seen in the likes of “Slumdog Millionaire” or “Indiana Jones and The Temple of Doom” or even “Eat, Pray, Love.” These portrayals are palatable as they feed a stereotypical notion of the India, which are more compatible with orientalist assumptions.

While the show has been widely critiqued, and many viewers are aware of the show’s problems, receiving an Emmy nomination has become cause for confusion.

While there is no way one can imagine the forces that came into play for its nomination, the fact that “Indian Matchmaking” received the recognition is unsettling. It goes without saying that to witness South Asian representation on a global platform is liberating, but what one is being represented for is of more importance, if not the most.

Receiving recognition for romanticizing the deeply flawed institution of arranged marriages, which is an unfortunate reality for many Indians, is worrying. “Indian Matchmaking” threw away a glorious opportunity to engage in critical, cultural conversation. As a second season is underway, will it take its criticisms into consideration?

(The author is a Ph.D. student in English Studies, Western University, London, Ontario, Canada. This piece first appeared on theconversation.com and is republished here under a Creative Commons license.)