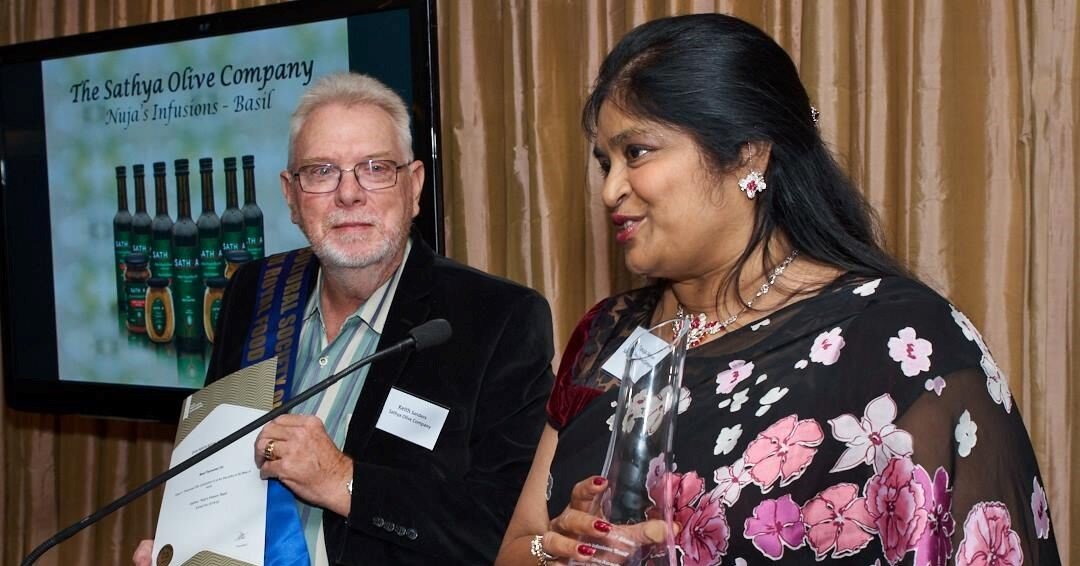 An Indian engineer and her husband, also an engineer, have turned into award-winning olive oil producers in western Australia.

As Tanuja Sanders told SBS Food in a report, “It was just by accident.”

Sanders and her husband Keith Sanders stumbled into making olive oil that has won multiple awards.

SBS Food reports that it all began when the two engineers, who were constructing a solar farm, purchased some acreage to build a house on in 2005.

“Some friends of ours, who are Italian, came for the housewarming and said, ‘Oh, it’d be so pretty if you lined the driveway with olive trees,” Tanuja Sanders reminisced in the report. “So I ended up buying 2,500 olive trees and planting them, and that started the journey.”

A few years later, they began to bear fruit and the couple’s Italian gardener showed Tanuja how to make table olives, the report said.

“I’m of Indian background and a friend of ours made a funny comment like, ‘…Indians, what do they know about olives?’ ” Sanders said in the report.

She offered him some of her Indian and Indo-Italian fusion table olives. No one doubted their ability again.

“They went wild, we started to win awards and everybody wanted them, and by 2013 we were producing 5,000 liters of oil.”

Their brand, Sathya Olive Company, now cultivates around 30 tons of olives a year and they’ve become well-known for their infused products, including the uncommon yet popular garam masala and curry leaf blends, the report notes.

The Sanders both firmly believe that Australian olive oil is the world’s best.