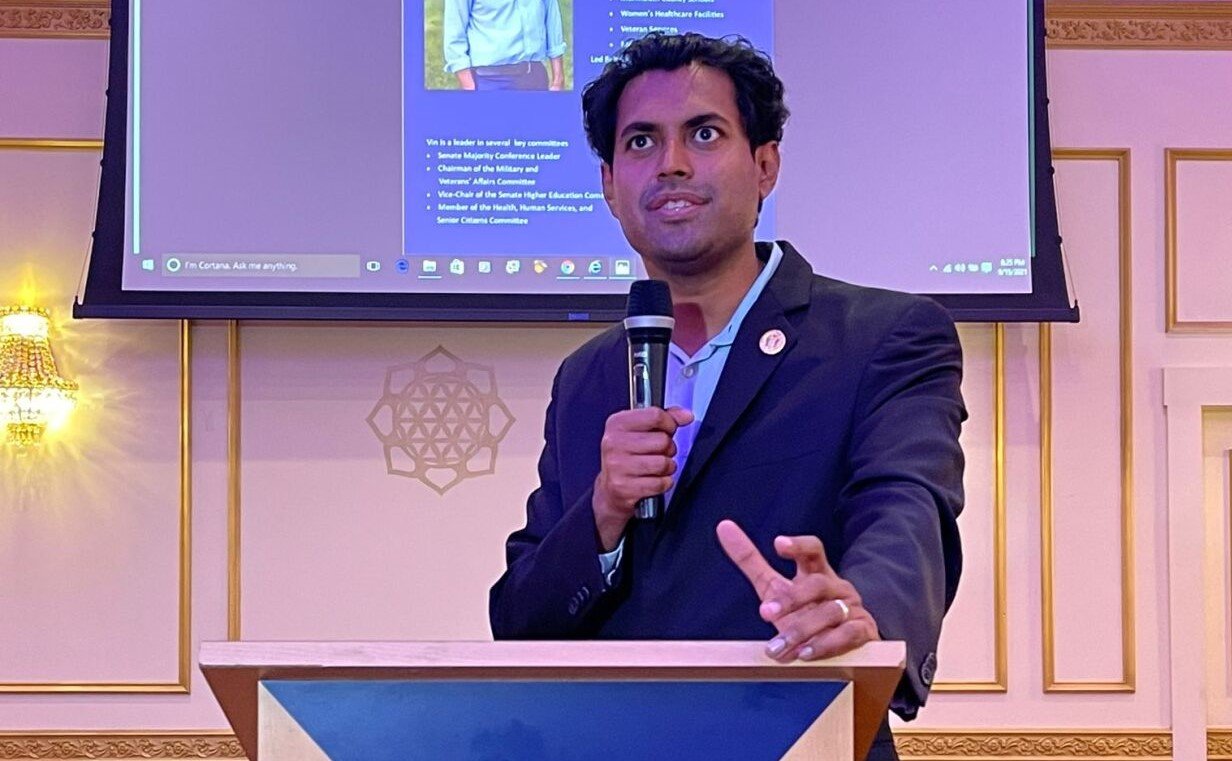 An evening reception organized by friends of Vin Gopal in Middlesex County, New Jersey, to support the Indian American candidate for state Senate was held Sept. 15 at Spice Rack Indian Fusion Restaurant in South Brunswick. The event was attended by close to 100 people including local business owners, community supporters and local and state elected officials from the central Jersey area, according to a press release.

Tushar Patel, one of the host committee chairs along with Vijay Garg of Princeton Collectives and IndusTV, as well as Surabhi Agarwal, Arun Bantval, Abhay Srivastava and Deven Patel, welcomed everyone and introduced the host committee, followed by brief addresses by elected officials in support of Gopal.

Born in Neptune Township and raised in Freehold Township, Gopal is a successful business entrepreneur who was elected as Monmouth County Democratic chairman in June 2012 with 73% of the votes, noted the release.

In November 2017, Gopal was elected to the state Senate and his victory was described as “perhaps the biggest upset of the night.” He is currently the youngest member of the New Jersey state Senate.

“It is time to unite our country and bring the decency back; we can have differences but need to respect each other and have a decent dialogue to work with each other. I work across the party lines in the senate to benefit small business owners and hard-working middle-class families” said Gopal in his address to the attendees.

According to a report on newjerseyglobe.com, former Reps. Joseph Kennedy III (D-Massachusetts) and Patrick Kennedy (D-Rhode Island), and 2020 New Jersey congressional candidate Amy Kennedy would be headlining a fundraiser for Vin Gopal along with two others running for reelection.