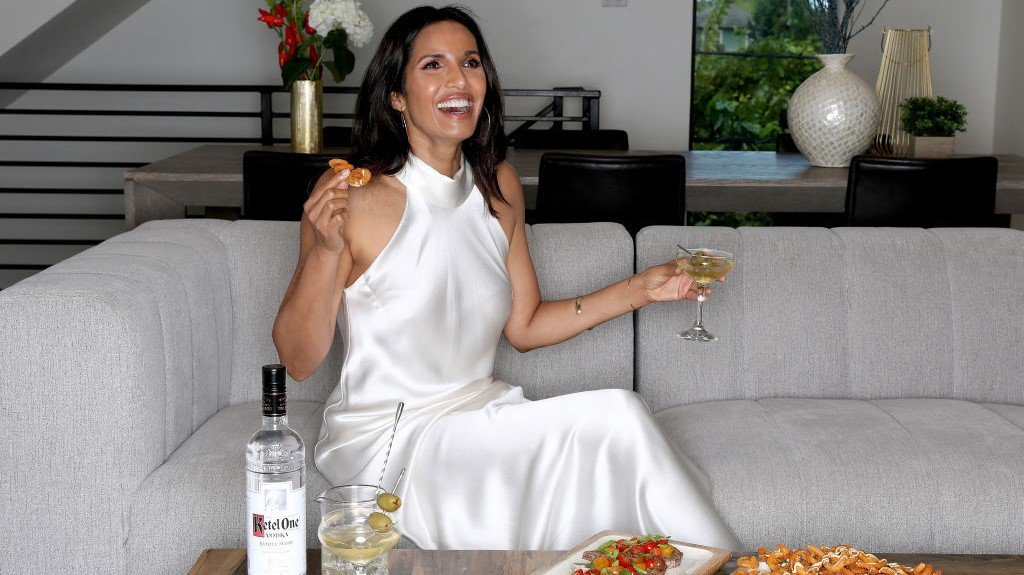 TV host Padma Lakshmi celebrates the Emmys with an iconic Ketel One Vodka Dirty Martini on Sept. 18, 2021 in Houston, Texas. The Indian American author was honored by the Creative Coalition Television Humanitarian Awards for her work with the Endometriosis Foundation of America. (Rick Kern/Getty Images for Ketel One Vodka)

Although Padma Lakshmi, host of the Bravo TV show, “Top Chef,” did not win an Emmy at the 73rd Emmy Awards broadcast Sept. 19, the Indian American best-selling author was honored at the seventh annual Creative Coalition Television Humanitarian Awards.

Lakshmi had been nominated for an Emmy in the category of Outstanding Host for a Reality-Competition Program.

At the Creative Coalition Television Humanitarian Awards, held in-person on Sept. 18 in Los Angeles, Lakshmi appeared virtually to accept the award for her work with the Endometriosis Foundation of America.

“I wanted to start the foundation so that we could raise awareness so that we could increase funding on a federal level, so that we could lobby insurance companies to pay for women getting checked out properly,” she was quoted as saying by Variety. “I don’t want any young woman in the next generation to go through what I and millions of women have gone through.”