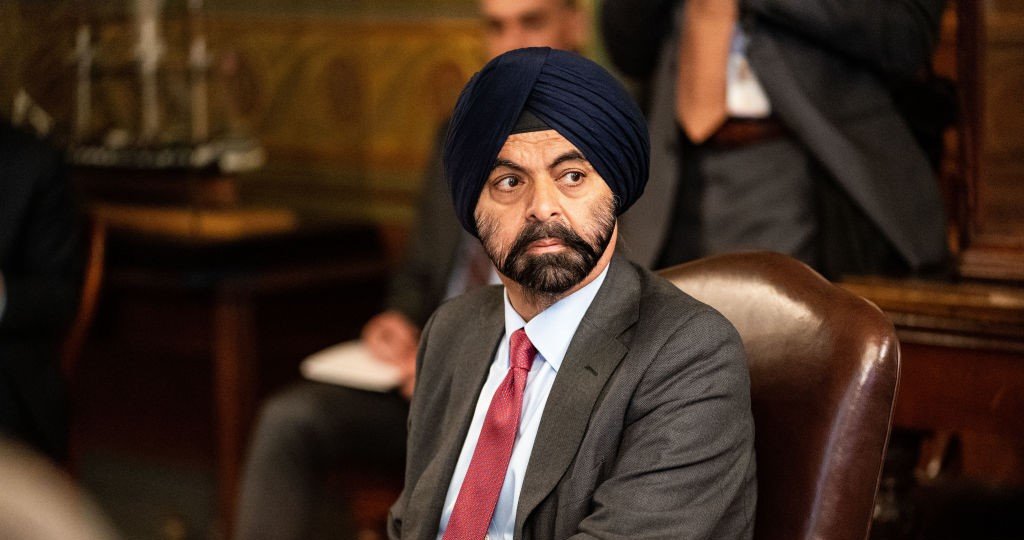 Ajay Banga, executive chairman of Mastercard, listens as Vice President Kamala Harris speaks at the start of a meeting with Banga and other business leaders from companies making commitments to support inclusive economic development in the Northern Triangle, at the Vice Presidents Ceremonial Office in the Eisenhower Executive Office Building on the White House campus on May 27, 2021. (Kent Nishimura/Los Angeles Times via Getty Images)

Ajay Banga, executive chairman of Mastercard, will retire on Dec. 31, 2021, according to an announcement by the company on Sept. 22.

The Board has unanimously elected Merit Janow, currently Lead Independent Director, to serve as non-executive Independent Chair of the Board of Directors, effective Jan. 1, 2022.

“With Merit as Chair and the strong foundation Michael Miebach has established as CEO, Mastercard is in incredible hands for the next phase of growth and innovation,” said Banga. “I am grateful for the role I have been able to play in Mastercard’s evolution and I look forward to where Merit and Michael will lead it next,” the Indian American executive added.

This milestone completes a thoughtful and intentional executive transition announced in February 2020. When Miebach was announced as CEO-elect, the Board created a pathway for him to deepen his engagement with clients and partners and across every aspect of the business. Banga remained as executive chairman to support the transition, alongside Janow as Lead Independent Director.

Janow contributes an extensive global perspective as a dean and professor of international economic law and international affairs at Columbia University’s School of International and Public Affairs, especially with respect to the Asia Pacific region. Her university career, public board service and other initiatives provide significant insight on technology, innovation, digital matters, cybersecurity and sustainability, noted the announcement.

“On behalf of the Board of Directors, I thank Ajay for his outstanding leadership and commitment to Mastercard for more than a decade,” Janow said. “His strategic and cultural vision transformed the company into what it is today – a leading payments technology company renowned for the strength of its management, extensive partnerships with organizations of all kinds, and an inclusive mindset and innovative approach to everything.”

Following a successful decade as CEO, Banga transitioned to the executive chairman role at the beginning of this year. Among his responsibilities during the transition were serving as a counselor to the CEO and facilitating a smooth transition of key external relationships – including customers and regulators – to Miebach.

“For the two decades I’ve known Ajay, he’s been a tremendous inspiration, mentor and friend. His vision and passion for what Mastercard could accomplish and what we could become is well known. I am incredibly thankful that we had the opportunity to partner and create such a thoughtful transition plan,” said Miebach.

According to his bio, Banga is a co-founder of The Cyber Readiness Institute, chairman of the International Chamber of Commerce and a trustee of the United States Council for International Business. He is also a founding trustee of the U.S.-India Strategic Partnership Forum, a member of the U.S.-India CEO Forum and is chairman emeritus of the American India Foundation.

Banga served as a member of President Obama’s Commission on Enhancing National Cybersecurity. He is a past member of the U.S. President’s Advisory Committee for Trade Policy and Negotiations.

Banga is also a member of the Weill Cornell Medicine board of fellows. In addition, he serves as a director of Dow Inc. and is a member of its compensation and governance committees.

Prior to Mastercard, Banga served as chief executive officer of Citigroup Asia Pacific.

He began his career at Nestlé, India, where for 13 years he worked on assignments spanning sales, marketing and general management. He also spent two years with PepsiCo, where he was instrumental in launching its fast-food franchises in India as the economy liberalized.

He is a graduate of Delhi University and the Indian Institute of Management, Ahmedabad.

Mastercard is a global technology company in the payments industry.