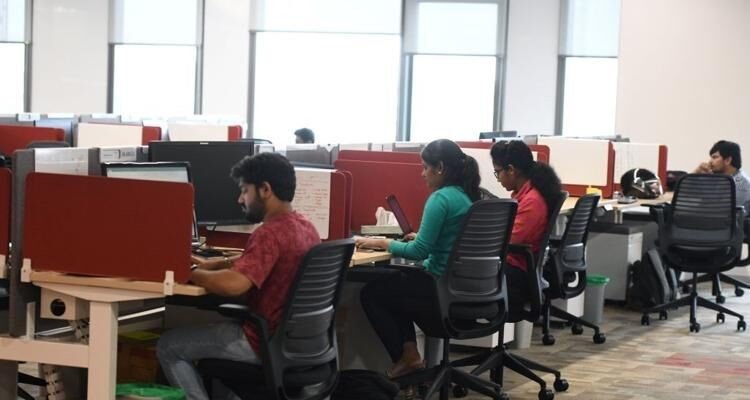 Despite his many attempts to put restrictions on the H-1B program, denial rates for new applications were much lower in the waning months of former President Donald Trump’s administration, primarily due to losses in federal court. (Representational image/Noah Seelam/AFP via Getty Images)

Despite his many attempts to put restrictions on the H-1B program, denial rates for new applications were much lower in the waning months of former President Donald Trump’s administration, primarily due to losses in federal court.

“In retrospect, the Trump administration managed to carry out what judges determined to be unlawful policies for nearly four years, illustrating the limitations of relying on the court system to prevent restrictive immigration policies,” noted the NFAP in its report, which was based on analysis of U.S. Citizenship and Immigration Services data.

Highly-skilled workers from India make up 70 percent of the H-1B workforce.

The Trump administration attempted to make several changes to the H-1B program, none of which stuck. Shortly after Trump took office, with his “Buy American, Hire American” ethos, USCIS in March 2017 released a memo stating that computer programming would no longer be considered a specialty occupation. The agency noted that some programmers hold only an associate’s degree or less.

“As such, it is improper to conclude based on this information that USCIS would “generally consider the position of programmer to qualify as a specialty occupation,” noted the USCIS memo.

The Ninth Circuit Court of Appeals on Dec. 16, 2020, ruled that computer programming could be considered a specialty occupation because most programmers possess a bachelor’s degree or higher, according to the Department of Labor handbook. The court ruled that USCIS’ denial of a visa for a computer programmer was “arbitrary and capricious.”

At the start of the Covid-19 pandemic in the U.S., in mid-March of 2020, Trump attempted to prevent new H-1B workers from entering the U.S., and also attempted to impose a higher wage scale for them.

“American workers compete against foreign nationals for jobs in every sector of our economy, including against millions of aliens who enter the United States to perform temporary work.”

“Under ordinary circumstances, properly administered temporary worker programs can provide benefits to the economy,” said the president. “But under the extraordinary circumstances of the economic contraction resulting from the COVID-19 outbreak, certain non-immigrant visa programs authorizing such employment pose an unusual threat to the employment of American workers,” he added.

Northern California U.S. District Court Judge Jeffrey White ruled against the administration on Dec. 1, 2020, stating that the Trump administration could not use the pandemic to bar H-1B workers from the U.S., nor could it impose higher wages.

President Joe Biden did not rescind Trump’s ban on H-1B workers, but did let the ban simply elapse March 31.

NFAP noted that H-1B policy changes have been costly for employers. In 2015, during the Obama administration, USCIS began a policy that required employers to file amended petitions whenever they received a new labor condition application from the Department of Labor.

An NFAP analysis estimates the USCIS policy has cost employers approximately $600 million a year, or more than $3 billion, in legal and filing files since 2015.

NFAP noted that the denial rates discussed in the report are separate from the large number of H-1B registrations rejected each year because of the low numerical limit under U.S. immigration law.

In March 2021, employers filed 308,613 H-1B registrations for cap selection for FY 2022, but only 85,000 H-1B petitions could be chosen under the law, which means over 72 percent of H-1B registrations were rejected even before an adjudicator evaluated the application.