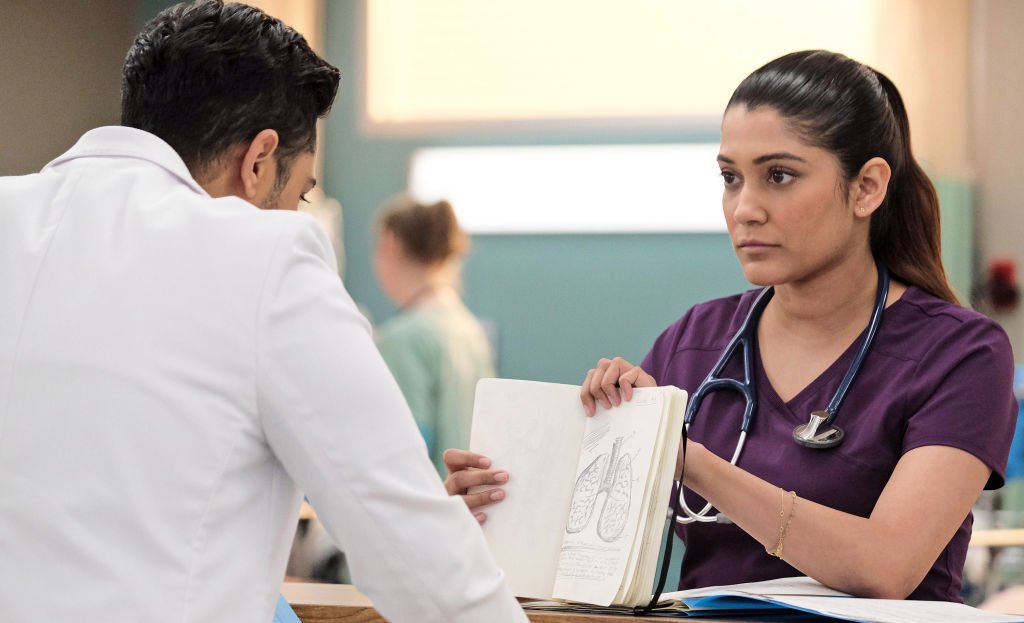 Indian American actress Anuja Joshi, who debuted as Dr. Leela Devi, a surgical intern, in Season 4 of the Fox medical drama, “The Resident,” has been upped to a series regular for the show’s upcoming fifth season.

Season 4 continued to shine a light on the daily heroism of today’s health care workers. Joshi, who described her Season 4 stint as her “official Hollywood debut,” joined the series about halfway through its fourth season.

Despite struggling with dyslexia, her character Leela proves her mettle at the hospital.

The provocative medical drama follows the doctors and nurses at Chastain Memorial Hospital, as they face personal and professional challenges and fight for their patients’ health.

Co-showrunner Peter Elkoff recently divulged to TVLine that Leela and Devon’s spontaneous hookup will prompt “a big story in Season 5,” and the encounter “won’t be something that happens and is somehow forgotten” between the doctors.

Even though she has starred in Web series like “Hello Mini” and “Broken but Beautiful,” “The Resident” is Joshi’s first big role.

She is a graduate of NYU’s Tisch School of the Arts and acting is literally in her blood, as she is the daughter of actor Alankar Joshi, aka Master Alankar, the former child star who worked extensively in Hindi films during the ‘70s and early 80s. He moved to the U.S. after retiring from his acting career.