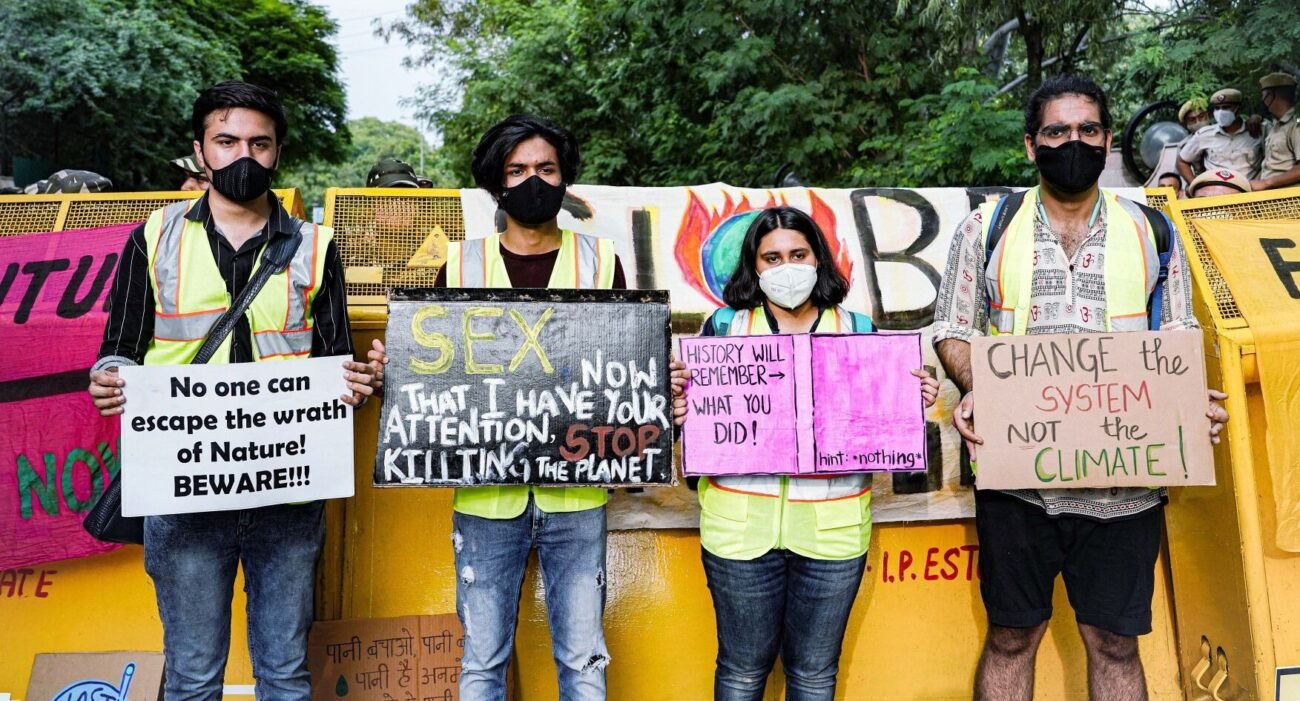 File photo of supporters of the organization ‘Fridays for Future’ hold placards during a climate change rally at the Central Secretariat Building, in New Delhi on Sept. 24. (ANI photo)

NEW DELHI – The United Nations in India Sept. 27 launched its climate campaign ‘We The Change’, which aims to showcase climate solutions pioneered by young Indians as a celebration of India’s climate leadership.

Through the #WeTheChangeNow call to action, 17 young climate champions will invite fellow young Indians to join the movement by sharing their climate action stories on the campaign website, also launched Sept. 27.

“The campaign – inspired by the stories of India’s young climate leaders – encourages us to adopt a more solution-based, innovative approach to fight climate change. We know solutions are already within reach to solve the present climate crisis. We hope that through the #WeTheChangeNow campaign, we will inspire bolder climate action from people, communities and the national and state governments,” said the UN resident coordinator in India, Deirdre Boyd.

The campaign will celebrate and curate innovative, sustainable and equitable climate solutions and actions being pioneered by young people in India. The focus is on strengthening engagement with governments and civil society for a more collaborative approach to climate action, a release said.

“We need enabling spaces for co-learning and collaboration for effective climate action. It’s inspiring to be part of a journey that allows me to meet other young people who are championing climate action and advocacy while collaborating with various policy makers and other climate stakeholders,” young climate campaigner and member of the UN Secretary-General’s Youth Advisory Group on Climate Change, Archana Soreng, said.

“India has shown great leadership in combating climate change through its strategic and timely climate policies. Currently, India is on track to meet its Paris Climate Agreement commitments and is likely to outperform its Nationally Determined Contributions in critical sectors, including renewable energy. Challenges remain, and the valuable contributions of young people in green action and recovery, can propel breakthrough innovations to protect India and the world, especially the most vulnerable, from the impact of climate change,” the release said.

“Over the course of the campaign, we will create spaces for young people, civil society, climate groups, media, and governments to collaborate through online dialogues, discussions, and face-to-face interactions,” it said.

The UN Secretary-General’s advocate for Sustainable Development Goals, actor and producer Dia Mirza, who has lent her support to the digital campaign, said: “We can still make a difference, restore our planet, and make peace with nature. These 17 young climate leaders, the faces of the ‘We The Change’ movement, are showing us the way ahead towards climate justice and climate action. Their stories have inspired me and I hope they inspire people everywhere to share their climate actions, big or small, using #WeTheChangeNOW.”