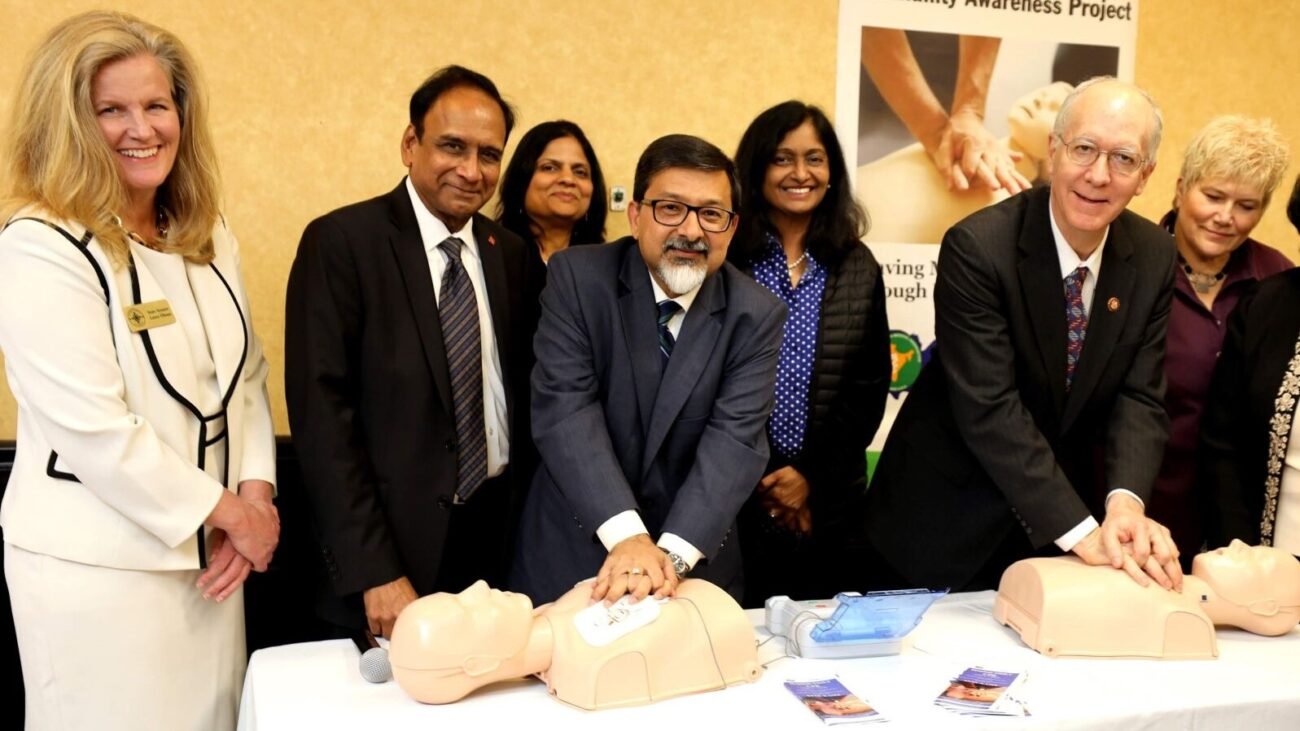 “World Heart Day” is being observed on Sept. 29 this year with the objective of raising awareness of heart disease and to promote “healthy heart” lifestyles. “Heart disease is the number one global public health problem,” says Dr. Vemuri S. Murthy, an advocate of community and physician resuscitation education and training for more than three decades in the U.S. and India. “It is disheartening to see patients with reversible health conditions die suddenly due to lack of both community health awareness and timely emergency care based on evidence-based resuscitation practices.”

An alumnus of Guntur Medical College, Guntur, and All India Institute of Medical Sciences, New Delhi, and a former chairman of the Anesthesiology Department at West Suburban Medical Center, Oak Park, Illinois, Murthy has been hailed as a “pioneer of resuscitation medicine in India.” A reputed leader of organized medicine in the U.S., the Indian American physician has served as the president of the Chicago Medical Society and the Indian American Medical Association, Illinois.

Affiliated with various U.S. medical organizations and institutions, Murthy is a resuscitation educator and researcher, advisor to Resuscitation Training Centers, champion of community cardiopulmonary resuscitation and a leader of organized medicine in the U.S. His mission has been saving lives in sudden cardiac arrests. Global evidence-based information has proven that bystander CPR is life-saving in sudden cardiac arrest. The latter is recognized by sudden collapse of the person without any breathing, pulse or consciousness.

Cardiopulmonary resuscitation, if performed immediately, can double or triple a cardiac arrest victim’s chances of survival. In a majority of cases, immediate hands-only CPR may have similar survival outcomes comparable to the conventional CPR performed with both chest compressions and breaths.

Quoting evidence-based studies done, Murthy points to the fact that South Asians are at a four-times greater risk of heart disease than their western counterparts and have a greater chance of having a heart attack before 50 years of age. Heart attacks strike South Asian men and women at younger ages, and as a result, both morbidity and mortality are higher among them compared to any other ethnic group. They tend to develop heart disease ten years earlier than other groups.

The founder of Chicago Medical Society’s Community CPR Project ‘Saving More Illinois Lives through Education’, Murthy says, “Almost one in three among South Asians may die from heart disease before 65 years of age. In India, heart disease remains the number one cause of death. Common risk factors are smoking and a diet high in sugar, salt, refined grains, and fat. A large number of South Asians appear to have “insulin resistance,” a condition in which the body does not utilize insulin efficiently, resulting in diabetes, which leads to a significant number of heart-related problems. Lack of adequate exercise, stress, and genetic predisposition are also contributing factors,” adds Murthy.