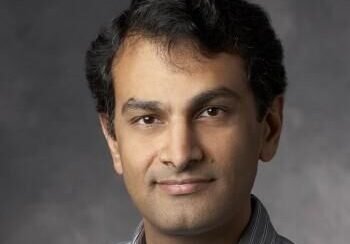 A Stanford study led by Indian American Purvesh Khatri says there may be good news for the nearly 1 million people battling ulcerative colitis, a type of inflammatory bowel condition with no real cure.

The study claimed that statins, a commonly prescribed cholesterol-lowering drug, seem to be an effective, if unexpected, treatment for the condition.

Currently, the only lines of defense against ulcerative colitis are anti-inflammatory drugs, which don’t always work, and a colectomy, the surgical removal of part or all of the colon, a news release said.

“About 30 percent of ulcerative colitis patients eventually have to undergo a colectomy as a last resort. It’s a drastic measure; you’re removing part of your body,” Khatri, associate professor of medicine and of biomedical data science, who led the research, said in a statement.

“So we thought, ‘Can we use available data to see whether drugs that are already approved by the FDA can be repurposed to better treat these patients?’” he said.

Ulcerative colitis causes inflammation and ulcers in the bowel, leaving patients vulnerable to an array of unpleasant symptoms, including abdominal pain, blood in the stool, constipation and fatigue.

The condition, while not life threatening, can be severely debilitating, especially if anti-inflammatory medications don’t work, the Stanford report adds.

By tapping into publicly available datasets of anonymized patient health information, including genomic and prescription data, Khatri and his team tracked down a connection between a handful of drugs and decreased symptoms of ulcerative colitis.

As it turned out, atorvastatin, sold under the brand name Lipitor, was one of the top performers, significantly decreasing the rate of surgical treatment for ulcerative colitis, the need for anti-inflammatory medication and hospitalization rates, the university report went on.

A paper describing the study was published Sept. 16 in the Journal of the American Medical Informatics Association. Khatri is the senior author. Graduate students Lawrence Bai and Madeleine Scott are co-lead authors.

Khatri and his team began their research by analyzing publicly available genomic data from hundreds of patients with ulcerative colitis who had undergone a colon biopsy, a somewhat common practice that helps doctors diagnose the disease and its severity. Specifically, Khatri and his team were looking for certain genomic “signatures,” or patterns of gene activity, that seemed to persist in most patients with the condition, it said.

From there, it was matter of identifying how certain drugs affected the gene activity associated with ulcerative colitis.

Khatri turned to data from previously conducted lab studies in cells that showed how certain drugs changed the activity of genes. The idea was to find the drugs that seemed to reverse the gene signature associated with ulcerative colitis.

After cross-referencing the genomic and experimental sets of data, the team identified three drugs that effectively reversed the gene signature of ulcerative colitis.

The next step would usually be to set up a clinical trial. But, ever the data enthusiast, Khatri took a different approach. Statins are among the most commonly prescribed drugs in the United States, so it seemed reasonable to think that a relatively large number of patients with ulcerative colitis might also be taking statins to help manage their cholesterol, the report said., noting that the team turned to data from electronic health records.

While it’s not entirely known how statins quell symptoms of the disease, Khatri said they are known to have some sort of general anti-inflammatory capacity.

The other benefit of the study, Khatri said, is that it provides a framework for how to suss out drugs that are already in circulation and repurpose them to treat other diseases. The system, he said, is rife with potential, particularly for autoimmune diseases, the report said.