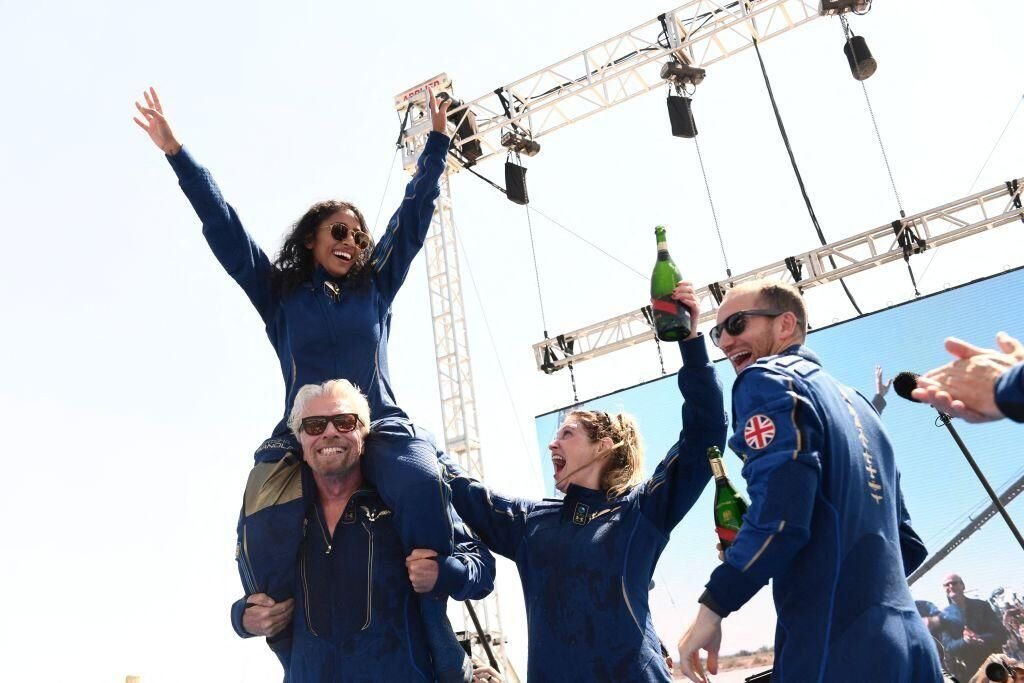 “I am honored to join the Board of Advisors of The Kalpana Chawla Project for Innovation, Entrepreneurism and Space Studies. Dr. Kalpana Chawla was not only a great inspiration for me, but also for millions of other young Indian women and girls. This year’s UN World Space Week is particularly relevant because it celebrates the importance of women in space,” said Bandla in a press release from EINPresswire.com.

Bandla is an aeronautical engineer as well as an astronaut. Born in Guntur, India, she moved to the U.S. where she eventually attended university and graduated with a B.S. in Aeronautical/Astronautical Engineering from Purdue University, and an M.B.A. from George Washington University. She’s the vice president of Government Affairs and Research Operations for Virgin Galactic, where she has worked since 2015. She recently flew on the Virgin Galactic Unity 22 mission which made her the second India-born woman to go into space

During UN World Space Week “Women in Space,” which began Oct. 4, The Kalpana Chawla Project for Innovation, Entrepreneurism and Space Studies at the International Space University announced the graduation of five top scholars from the 2021 Space Studies Program.

Richal Abhang, a mechanical engineering student where her task is to design and manufacture prototypes including seismic vibration isolation and dampening systems. It includes mathematical modelling, CAD, FEA, Manufacturing and Experimentation. She is inclined more towards technical aspects of work and studies. A researcher who enjoys hands-on work and counts physics and fluid mechanics among her favorite subjects.

Dr. Saswati Das, an MD biochemist from India. As a medical specialist she oversees a broad portfolio of chemical pathology diagnostics, molecular medicine, and quality management.

She completed her bachelor’s in medicine and surgery and her Doctorate in Medicine from the University of Delhi. Thereafter she trained in Memorial Sloan Kettering Hospital, New York; and Royal Free Hospital, NHS, UK as an international fellow.

Dr. Garima Patel, a senior physiotherapist with 8+ years of clinical experience in neurological rehabilitation. She is the founder director of Movement Inspirant Pvt. Ltd. and currently involved in research related to functional recovery after spinal cord injury and stroke.

Since 2017, the Dr. KC Scholars has been funding young Indian women of talent to attend ISU. There has been a total of 16 KC Scholars to date.