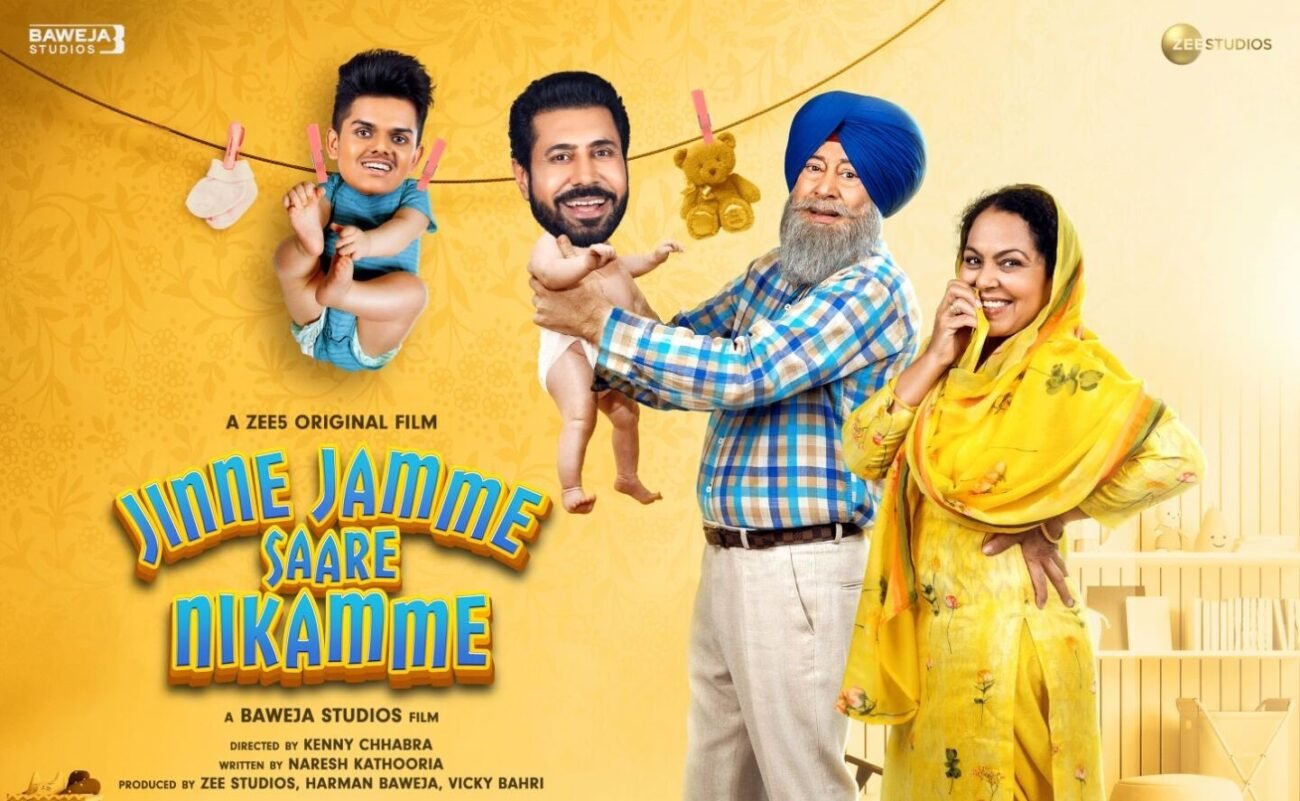 ZEE5 recently announced its “Rajj Ke Vekho” campaign with a series of Punjabi movies, web-series, originals and shows, starting with a set of power-packed, straight-from-the-theatre titles from Zee Studios like “Puaada” (which continues to see great success on the platform ever since its launch Sept. 17), “Qismat 2” and “Fufad Ji,” starring popular names Ammy Virk, Sonam Bajwa, Sargun Mehta, Gurnam Bhullar and many more.

“Jinne Jamme Saare Nikamme” is the story of Gurnam Singh and Satwant Kaur, who are parents to four sons who have been brought up by them with immense love and affection. Like all aging parents, they want nothing more from their children except for their time and attention, but this is exactly what they don’t end up getting. What starts off as a series of humorous incidents leads to an emotional rollercoaster ride.

Binnu Dhillon commented, “During the pandemic, we have realized the importance of family and relationships. This movie has a special social message about family values, and I am really excited that it will stream soon, and everyone can watch it on their screens.”

Producer Harman Baweja said, “We are extremely excited to share this film with audiences across the world. It is an entertaining film with its heart set in the right place, that will bring families together, make them laugh and cry, but more importantly it will make every son and daughter value their parents.”