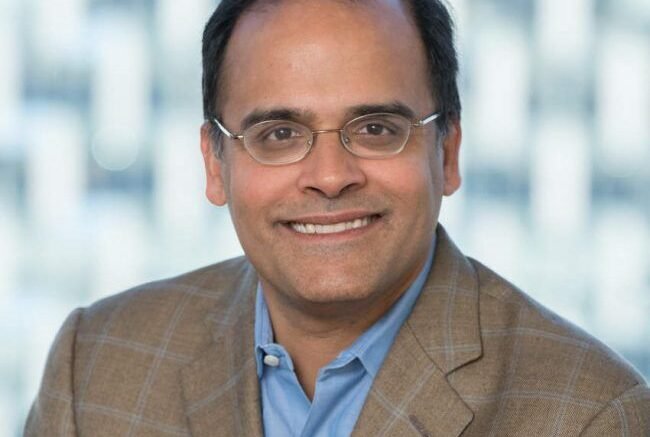 NEW YORK – Vice President Kamala Harris will give the keynote address at the 2021 RFK Ripple of Hope Award Ceremony, during which five award laureates will be honored, including Indian American executive Deven Parekh.

This year’s Ripple of Hope Award winners, united by their uncompromising integrity and resilience in striving for an inclusive America, have each championed the causes and concerns of the underrepresented and marginalized, according to a PRNewswire press release. Their tireless efforts in service of the public good—from within global companies to the national political stage—reflect Robert Kennedy’s passion for equality, justice, and the power of individual action to establish meaningful reform.

All five laureates will be honored at a hybrid ceremony on Dec. 9.

“We’re honored that Vice President Harris and Amanda Gorman will join Stacey, Hans, José, and Deven in our Ripple of Hope Award ceremony for 2021,” said Kerry Kennedy, president of Robert F. Kennedy Human Rights. “Their leadership and poise have inspired countless people, especially young women of color, to rise up and make their voices heard and we are thrilled to recognize such extraordinary changemakers. We look forward to celebrating our five honorees and hearing the vice president’s remarks.”

Since joining Insight Partners in 2000, Parekh has been a vocal advocate for opportunity and inclusion, initiating efforts to promote women and minority leaders across Insight’s internal team, portfolio, and the wider software and investment ecosystems as a whole, noted the release.

He is a member of the board of directors for several institutions, including the U.S. Development Finance Corporation, the Council on Foreign Relations, the Carnegie Endowment for International Peace, and NYU Langone. He is also chairman emeritus of the board of Publicolor, a nonprofit organization focused on New York City public schools.

In 2006, Parekh was named a Henry Crown Fellow of the Aspen Institute, which seeks to develop the next generation of community-spirited leaders.

Since 1968, the Ripple of Hope Award has celebrated exemplary leaders across business, government, advocacy, and entertainment who have demonstrated a commitment to social progress and advancing human rights.

Robert F. Kennedy Human Rights is a nonpartisan, not-for-profit organization that has worked to realize Robert F. Kennedy’s dream of a more just and peaceful world since 1968. In partnership with local activists, it advocates for key human rights issues—championing changemakers and pursuing strategic litigation at home and around the world. And to ensure change that lasts, it fosters a social-good approach to business and investment and educate millions of students about human rights and social justice.