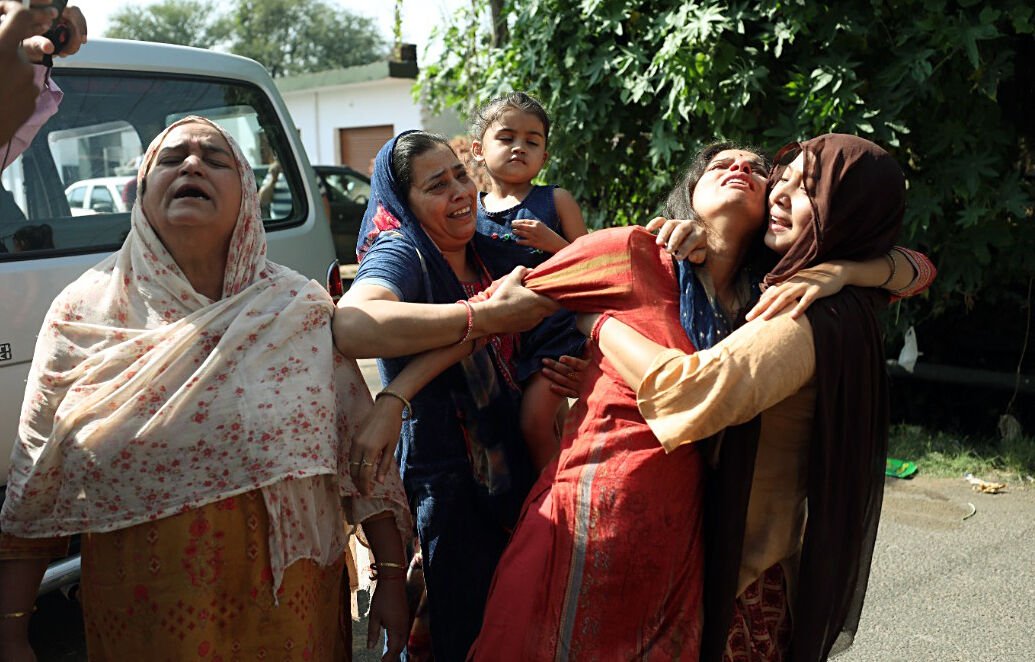 Family members of a school teacher mourn over his killing by militants near the Eidgah area of Srinagar, in Jammu on Oct. 7. (ANI photo)

Authorities blamed militants fighting against Indian rule for the attack in the outskirts of Srinagar, the region’s main city.

Police said militants fired at a female teacher and her male colleague inside a government school from a close distance and later fled. Both died on the spot, police said. Government forces cordoned off the area and launched a search for assailants.

The victims were members of Hindu and Sikh minorities.

The incident marks the seventh targeted killings in six days.

On Oct. 5, gunmen shot and killed three men in separate attacks that police also blamed on militants. One of the victims was a prominent Kashmiri Hindu minority chemist while another was a street food vendor from India’s eastern state of Bihar. The third victim was a taxi driver.

Dilbag Singh, the region’s police director-general, said officers began an investigation into the killings and were working on “some clues and leads about the killers in previous cases.” He said the assailants would be arrested soon.

The killings were widely condemned by pro-India as well as anti-India politicians.